E-Racing Has Officially Taken Over The Big Apple!

Fans of race car driving will get to see their favorite drivers barreling down the streets of New York over the weekend. However, the experience will be something a little different because the race cars will be electric.


1) Of all the places in America, why was New York chosen for the first ever electric car race?


2) Is the speed of the Formula E electric car similar to the race cars you're used to driving?


3) What can attendees expect at the two-day event this weekend?

4) The next two questions are for Jack Forestell. Now since Visa is one of the main sponsors for the racing series, why has there been a recent push for a cashless society and why launch this initiative with Formula E?


5) We understand some business owners stand to win thousands from a new contest you're also announcing is that right?


6) And the final question is for Nelson, do you believe electric cars will revolutionize race car driving as we know it?

To buy tickets for the ePrixevent this weekend in Brooklyn, NY go to their website at http://www.fiaformulae.com/en 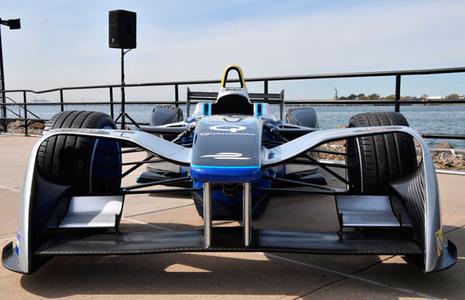