Under the Spotlight: Q & A with 'Clique Wars' Chase Pollock

In BCNF's newest feature 'Under the Spotlight' we take a look at up and coming talent Chase Pollock's blooming acting career and what the future has in store for this young adult.


Bridget Campos News Features: What made you want to be an actor and at what age did you begin your career?


Chase Pollock: I began my career at 11 playing a role in Annie the musical. I got the acting bug after that performance and begin pursuing other roles from there. I was lucky enough to have an agency approach me when I was 12 and soon after, was signed by a great manager in Los Angeles.


BCNF: Last year you starred in the Holiday film, Santa Stole Our Dog: A Merry Doggone Christmas! alongside Ed Asner. What was it like working with the legendary actor?

Chase Pollock: It was an amazing experience and I felt very honored to work with him on set every day. He was a lot of fun as was the rest of the cast and crew.


BCNF: Aside from acting, you also sing and play guitar. Is there any favorite band/music you like?


BCNF: You have also traveled extensively. Any particular place you love to visit?


Chase Pollock: I’d love to visit Dubai. I’ve read a lot about it and think it would be an awesome experience! I also recently snowboarded in Canada. It was amazing! I would love the opportunity to snowboard again in other parts of the world!


BCNF: You are also starring in a short film called Mount Liptak that recently won an award at the LA Independent Film Festival. Can you tell us about it and when is it coming out?


Chase Pollock: Mount Liptak is the true story of Lester Liptak, an underaged serviceman in World War II. It was an honor to play the lead role and fascinating to work on a 1940’s set. The story is very moving and compelling. We are all very excited that we were awarded the Best Short Film Drama at the LA Independent Film Festival for November. We are now a finalist for the film festival in August this year as well. The film was also selected for the 2018 Beloit International Film Festival and the 2018 Texas Independent Film Festival. We are submitted to many festivals this year and have our fingers crossed for other selections. Thanks so much for taking the time to chat with me today! 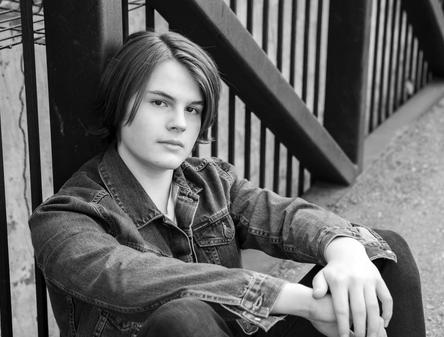