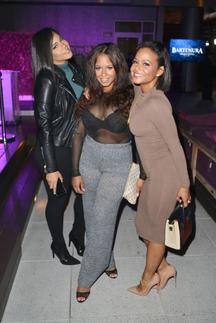 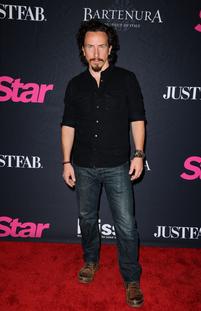 A cappella group, Filharmonic, steals the show at star-studded event 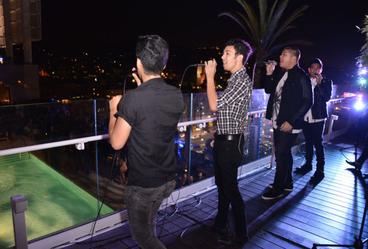 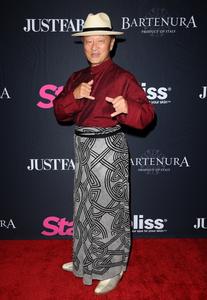 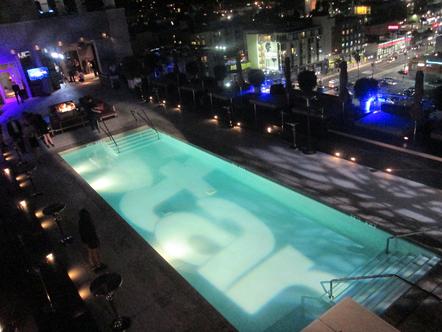 Partygoers may have embraced the chilly autumn weather, but the red carpet was sizzling hot at Star Magazine’s most anticipated ‘Scene Stealers’ event

The annual event had taken place Thursday night (Oct. 22) on the W Hollywood Hotel’s rooftop, where guests wined, mingled, and partied it up, while overlooking the breathtaking view right smack in the heart of Hollywood, California just across the beautiful Pantages Theater.

Dazzling the red carpet with their fashion flair were quite a number of familiar faces on hit TV shows like Scream Queen’s Breezy Eslin, actor Michael Traynor from The Walking Dead, Vampire Diaries’ Colin Ferguson, and the Milian sisters (Christina, Danielle, and Liz) from E! Network’s Turned Up.

Teen Mom 2  star, Kailyn Lowry, was also at the rooftop bash. The young mother of two, and New York Times’ best-selling author hung out with friends at the glitzy party, taking a breather after recently promoting her upcoming children’s book, Love Is Bubblegum, which will be out November 17th.

There were also other stars that are fairly newcomers in the field of music, sports, and film that reveled in the spotlight for the night; including Gabrielle Ruiz from WB’s My Crazy Ex Girlfriend, DASH Dolls cast members Durrani Popal, Carolina Burt, Mehrnaz Farnoosh, and Melody Rae Kandil, and former NBA player now turned “Black Lives Matter” supporter, Daniel “Boobie” Gibson. The now retired Cleveland Cavaliers guard talked with reporters about pursuing a musical career as a rapper and of his current relationship status with estranged wife, Keyshia Cole.

But one of the definite ‘scene stealers’ for the night in terms of design wear had to be Karrueche Tran. The model turned actress donned on all red-colored attire, a midriff Bardot crop top that slightly showed off her toned abs with a matching high-waisted Stello trousers. The 27-year-old has recently claimed her own celebrity status after stepping out of the shadow of her now ex-boyfriend Chris Brown amid reports that last year he fathered a baby with another woman during their on and off relationship. For the exotic looking starlet, it seems she is doing well after ending such a high profile relationship and is enjoying all the media attention she’s getting lately, especially since she is rumored to be in a new relationship with soccer star Memphis Depay.

Late into the evening, guests that either sat pool side or cozied up by the outdoor fire pit got the chance to enjoy watching a special performance by Filharmonic. They are a six-member, American-Filipino a cappella group that was recently featured on the wildly popular movie, Pitch Perfect 2.

And so after another successful night for the iconic Star Magazine, readers can only predict which of their favorite pop culture stars will take center stage at the next Scene Stealers’ event.