Pop Star Selena Gomez gets intimate in her new album

“What I’ve learned is so vital/ More than just survival/ This is my revival.” This one chorus line of the album’s first title track, "Revival", basically describes the last two years of what the former Disney star had experienced not just in her career but in her personal life as well. “No matter what pain, or what the highest of highs are, I’ve learned so much from them and I don’t regret anything in my life,” said the Texas native during an interview explaining why "Revival" is her favorite and most important song on the 23-year-old’s second solo album.

But over the past few years, the actress/singer’s private life seems to be more of a tabloid fixture, mainly due to her high profile on and off relationship with bad boy, pop star, Justin Bieber. This has caused many fans and internet trolls to speculate that certain songs on the album are directed towards the “What Do You Mean?” singer, particularly the first single on Revival entitled, “Good for You” featuring rapper A$AP Rocky. A smooth R&B song about seducing a love interest with a sultry look and “that dress you like, skin-tight.”

Of course, Selena has shrugged off the speculations as being nothing more than online rumors. As expressed in the song “Kill Em with Kindness” she sings about how to peacefully deal with hurtful lies and hateful actions of others inflicted on you.

Some of the tracks on the album contain the typical pop sound (sometimes with a bit of techno) that you have heard before from her last album, Stars Dance, and even when she was with her band, Selena Gomez & the Scene. But what makes Revival slightly different is that lyrically Selena has opened up, thus breaking out of her shell and feeling more like a new, confident person. Also, by taking more risks in maturing her sound, using elements of R&B with the help of the hottest producers in music right now (such as Max Martin and Hit-Boy), she is coming off more like an artist and less of a pop star. Selena gives credit to her BFF, singer Taylor Swift for helping her “feel empowered” and comfortable in her own skin. This is definitely portrayed in the song tracks “Rise” and “Survivors” that has a positive message with an upbeat tempo.

Listeners might also like “Sober” and “Me & the Rhythm.” They both have an 80s sound, very similar to Taylor Swift’s song, “Style” from her album 1989. Three great dance tracks on Revival have to be “Body Heat”, “Me & My Girls”, and “Same Old Love” that features background vocals by “Boom Clap” singer, Charli XCX, who also co-wrote the song.

Aside from Revival being heavily auto-tuned, it is a pretty good pop album. The only major criticism I have about Revival is the last track, “Perfect” (featured in the deluxe version of this album.) The song is about wanting to emulate the woman your former lover is currently with, almost in a Single WhiteFemale-like fashion. I understand singers usually end their albums with a ballad song, as a way of good storytelling. However, this song ends the story on a very dark and sour note. Throughout Revival Selena is using such empowering words like “Tap into the strength you never knew you had” to now “Maybe I should be more like her” and “I can taste her lipstick, It’s like I’m kissing her, too.” It’s like Revival’s theme of fun-loving and positive vibes kind of went out the window (no pun intended) with this depressing last song. I understand being vulnerable like in the song “Nobody”, which is beautifully done. With Selena’s soft vocals it gave the song heart and soul, but “Perfect” really should have been left out, or at best, not be the last song on Revival. 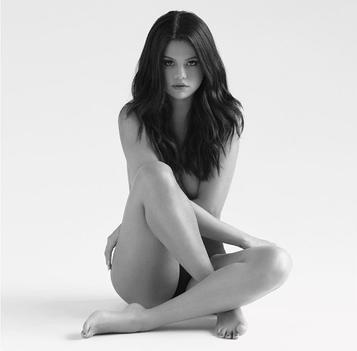