Sarah Minnich: That's a good question. I can tell you the worst advice I ever got. It was being told you have to live in L.A. in order to get acting work. I most definitely disagree with that. If you again persevere you will be successful anywhere.


But the best advice I got was to have other creative outlets. Something that makes you feel more fulfilled. I think actors just starting off focus so much on acting that they kind of lose their minds because this is a tough gig. It's not that you're getting 'No' all the time. But when you do get work, you then have to face a lot of criticism. Because no matter how well you might play a role there is someone who is going to hate it and talk smack. Being in the limelight isn't what people think it is. I'm not saying I'm famous by any means. But seeing it from others firsthand it's not all sunshine and rainbows because everyone is looking at you. And also you don't have privacy or get to say whatever you want. So have another thing to pour yourself into and don't depend so much on acting to find fulfillment in your life.

Up and coming actress from New Mexico is proving you don't have to 'fake it to make it' in Hollywood!

Who would have ever imagined the term 'big fish in a little pond' would apply to actors making it in Hollywood through small regional markets and with much success. One of these talented entertainers that have proven it can be done is none other than Sarah Minnich. Originally from California, Sarah one day decided to move closer to her parents that lived in New Mexico. Once there she revived her acting career and to her surprise, she has had great success with a huge list of film, TV, and music video credits under her belt.


But not just satisfied with acting, Sarah pursued a college education. Coming from a family of school teachers, Sarah had a deep desire to fill her mind with knowledge. So far she has completed her Bachelor's Degree and in 2015 a Master's Degree in Interpersonal Communications from the University of New Mexico, with the hopes of one day getting her Ph.D.


Sarah talks with BCNF about her most recent film project 'Godless' that tells the tale of a ruthless outlaw named Frank Griffin, who attempts to terrorize a small town that is populated only by women. She also discusses the best and worse advice she ever got in her acting career, as well as, her other film projects soon to be released next year.


Bridget Campos News Features: You have been in quite a few popular shows such as Better CallSaul, Manhattan, and films like Shot Caller, what do you base your success on?


Sarah Minnich: Perseverance. I think all success in the world has to involve perseverance. This is my ninth year doing acting. I started when I was 19, so that was about 12 years ago. Then I took a personal hiatus for, I don't know, maybe three or four years. Around 2008 or 2009 I got back into it. I went through a regional market in New Mexico where I thought I could get more traction. And I just worked my way up. Like in any industry you pay your dues. Also, building a good reputation on set and doing the job to the best of your ability. That's really what I owe my success to.


BCNF: Tell us about your role in the Netflix western series, Godless.

Sarah Minnich: That was such a fun series to be a part of. I play a Norwegian immigrant woman, who comes across the Frank Griffin gang. It's out on NetFlix now and I'm on episode two and three. I really enjoyed this role because I got to work with Jeff Daniels and also be on a [Steven] Soderbergh production. So I felt I really had to rise to the occasion and give everything I got for the character role.

BCNF: What's the best advice you ever got when you first started to pursue your acting career?

BCNF: Are you thrilled to be apart of the miniseries, Waco, about cult leader David Koresh?


Sarah Minnich: Oh, yeah! It's coming out in January of next year. I play Angela Duke and she's an integral role in the series that is loosely based on the real-life events in Waco, Texas. So viewers have to watch it and see what they think.


BCNF: What do you enjoy doing during your time off the set?


Sarah Minnich: I work a lot on plants. My dad has a plant nursery. So I spend a lot of time getting my hands dirty-digging-watering-and replanting. I like to do farm work kind of stuff.


BCNF: Who is your favorite actor and/or director you have ever worked with?


Sarah Minnich: That's a tough one! I just finished a production called The Wave  with Justin Long. The director of that film, Gille Klabin, was my favorite person to work with.


As far as favorite actor goes, it would have to be Joseph Gatt. He does a lot of character work. He's going to be in Tim Burton's live-action movie, Dumbo. I worked with him on From Dusk Till Dawn:

The  Series. Even though he has this bad-ass background in England, he was the nicest and most gracious person ever. I got along with him and really related to him as a human being.


BCNF: What other projects can readers expect to see you in the near future?


Sarah Minnich: I have quite a bit of stuff coming out. I will be in a feature film called Icebox, (alongside Anthony Gonzalez, who did the voice of Miguel from Pixar's film Coco and actress Genesis Rodriguez) which is an adaptation to the (2016) short film by the same name and I get to play a border patrol agent, Officer Marquez.


Also, I can't confirm or deny if I'll be back for the next season of Better Call Saul. But I can tell fans to keep watching cause you'll never know...wink, wink.

Sarah Minnich: Interview with the Co-Star of the New Netflix Series 'Godless' 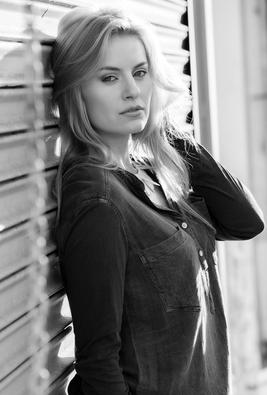 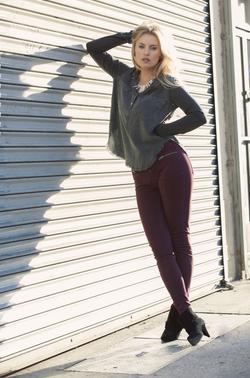