With Halloween being right around the corner. People are highly anticipating to watch spooky and frightful tales whether they are from their favorite movies like 'Saw', 'Halloween',' Night of the Living Dead', and 'Friday the 13th'-- among other horror films.

Yet others prefer more lighthearted stories about ghosts, witches, vampires and/or monsters. In a tribute to one of the most popular cult-classic films, Rockwell Table & Stage presents a musical parody of Disney's 1993 movie Hocus Pocus that starred Bette Midler as Winifred Sanderson, Sarah Jessica Parker as Sarah Sanderson, and Kathy Najimy as Mary Sanderson.


This musical, directed and narrated by MADtv's Peter Allen Vogt, takes the audience back in time when the world made a lot more sense, well, at least to kids from the 90s. Think High School Musical meets Scary Movie when watching this play. There are many pop culture references including performances with a live band on various throwback songs that dominated the bygone era such as R. Kelly's "I Believe I Can Fly", En Vogue's "Free Your Mind", Coolio's "Gangsta's Paradise", and Backstreet Boy's "Everybody (Backstreet's Back)" just to name a few.


The musical's hilarious journey begins on Halloween night when a teenage virgin, Max Dennison (played by Jordan Goodsell), takes his sister Dani (played by Caitlin Gallogly from HBO's Silicon Valley) out treat or treating, alongside his high school crush, Allison (played by Ashley Argota from Nickelodeon's hit show True Jackson, VP). A tale of ghoulish events unfold when Max unknowingly lights the black flame candle that awakens the Sanderson sisters from the dead 300 years later to wreak havoc on the small town of Salem, Massachusetts. It is the mission of these kids to return the wicked sisters back to their graves before the sun comes up.


A definite scene stealer of the show was Tom DeTrinis, who plays various roles throughout the play including one of the main characters, Binx, a little boy that was cursed by the Sanderson sisters and turned into a strange yet sassy black cat. His unforgettable performances had the audience roaring with laughter.


Also, a great musical performance by Broadway star Marissa Jaret Winokur, who played Winifred Sanderson, and is best known for her Tony-winning performance in the musical Hairspray. She really did justice to the Bette Midler role with great comedic timing that the audience loved and gave her an outstanding round of applause during the curtain call.

Though Hocus Pocus is a Disney film to see with the kids, the unauthorized musical parody is not. Despite the show having adult comedy with lots sexual innuendos it is entertaining to watch none the less. Especially when cast members get the audience involved in the show. Instead of just staying on the platform they move around the room treating the entire restaurant like it is a stage. If you can handle being the butt of a silly joke or having to interact with a character during a scene, you will thoroughly enjoy yourself and want to come back to Rockwell Table & Stage to see their other hilarious musical parodies.

The Unauthorized Musical Parody of 'Hocus Pocus' runs through November 4th. To purchase tickets and to see a variety of upcoming shows go to http://tickets.rockwell-la.com/ 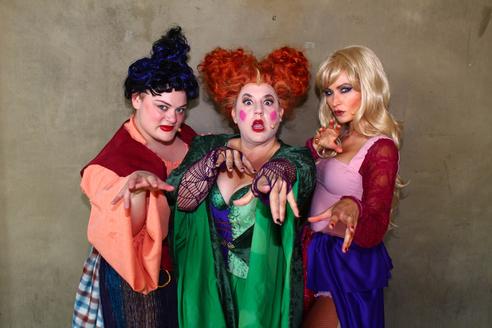 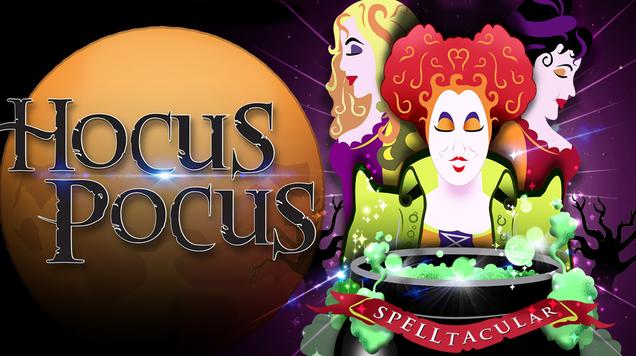