Rich Ting: Interview with the Co-Star of the TV miniseries 'Waco'

Tall, athletic, handsome, funny and smart....what more could you ask for?

This triple threat is making heads turn whether he's on the set, working out, or strutting the runway. Born and raised in California, Rich Ting is living his childhood dream of making it in Hollywood and it all started just by chance. After working briefly at a law firm, Rich decided to try out acting and landed his first role as 'Heatblast' in the Cartoon Network movie, Ben 10: Race Against Time and hasn't looked back since. So far he has an impressive resume both in modeling (Dolce & Gabbana, Gianni Versace, Adidas, Bvlgari, etc.) and the entertainment world (Make Your Move 3D and the Korean-based drama series, Two Families).


BCNF spoke with Rich about his latest project, Waco, starring a slew of talented stars such as John Leguizamo, Supergirl's Melissa Benoist, Birdman's Andrea Riseborough, and two-time Oscar nominee Michael Shannon; as well as who he looks up to as a martial artist and what's his workout regime to staying in top notch shape.


Bridget Campos News Features: Tell us about your role in the new TV miniseries, Waco.


Rich Ting:Waco is the events leading up to the 51-day-siege of the Waco, Texas compound occupied by David Koresh and his followers. The six-episode series opens up with the events actually starting at the Ruby Ridge incident in Naples, Idaho in 1992. It was a similar situation where individuals were stockpiling heavy arms and artillery. They ended up being reported to the authorities. Eventually, the FBI and ATF had to step in with an arrest warrant to take away their arms and arrest those people at Ruby Ridge. I play Lon Horiuchi a former FBI HRT sniper agent. The reason why he is significant in the story is that he was the key sniper that the FBI brought in to take out the two Weaver brothers that were taking refuge at a cabin area in Ruby Ridge. This incident in fact inspired David Koresh in the early stages when he was forming his own followers at his Waco compound. It motivated him to go against the Feds and US government at that time. Another reason why Lon Horiuchi is of interest is that not only was he involved in the controversial deployment at the 1992 Ruby Ridge standoff, but also, ironically the 1993 Waco siege.


BCNF: So the series is closely related to what really happened in Waco? Or is it loosely based on real events?


Rich Ting: It is very accurately based. Even from the actual casting and dialogue. I mean, the research was incredible. I worked with Taylor Kitsch before on another film, Lone Survivor, with Mark Wahlberg. And let me tell you, Taylor's transition into David Koresh is shocking. There was a photo posted on the walls of the make up trailer and I thought they were there as a reference to David Koresh. But, no, they were actual photos of Taylor. I was stunned! But the entire cast as well went through a physical transformation that is really incredible. The film really sheds light on what happened inside the compound and the influence David Koresh had on his followers that came from all walks of life and different backgrounds. For me, the dialogue and even being on the set where they built the actual compound was such a surreal experience.


BCNF: It seems growing up you were really into sports, like track & field, basketball, baseball, and football. What made you want to later on in life pursue a modeling and acting career?


Rich Ting: I am a fourth generation Asian American. So growing up as a child I often watched TV and movies and I didn't see anyone that looked like me. Though I looked up to Bruce Lee and Jackie Chan, they weren't born and raised as Americans.


I always had this dream to make a cultural impact in Hollywood whether it's on the big screen or small screen. Though I did study acting in Yale more as a hobby while being a football athlete, I always thought in the back of my mind, 'What if I could pursue an acting career?' A long story short, I started getting discovered a lot through the modeling world and got several offers. That was shocking to me because I never saw myself as the modeling type. And it all started from then on my acting career.


BCNF: Since you also perform stunts in several action films. What is your regime to staying in shape?


Rich Ting: Being active has been a part of my life. I work out every day and not only for a movie role. I usually do an hour of cardio like jogging, cycling, and stair climbing. But I did have to put on a lot of muscle weight on for the role of Bolo for the cable series, 'Warrior'.

BCNF: I also heard that you will be in another series on Cinemax later this year called Warrior.


Rich Ting: It's written by Bruce Lee before he passed away. It's actually a period piece that takes place around the 1880s in San Francisco, California and is centered on the Asian gang wars that went on in the city. It's a great story that focuses not just on action/kung fu but is an intense drama with a martial arts element. The director of the show, Justin Lin, does a great job at that.


BCNF: Since you are a 1st-degree black belt in martial arts. Is there any martial artist, besides Bruce Lee, that you look up to?


Rich Ting: It's a funny story, I mostly lived in Los Angeles, but when I was in elementary I moved to the bay area. I used to watch a show called, Sidekicks, and this kid named Ernie Reyes Jr. was in it. A long story short, he lived in the bay area too and his dad had 11 martial art schools in the area as well. Eventually, I got to study and train with Ernie Reyes Jr. and his dad and got my black belt when I was 12. But Ernie is one of my idols because I could relate to him since we were both American Asians and he's had a pretty great career in Hollywood.


BCNF: Is there any actor you would love to work with in the near future?


Rich Ting: One of the top actors I would like to work with is Don Cheadle and Michael Peña. I love both of their acting range. I'm really fortunate to have worked with other great actors and actresses like Angelina Jolie and Gerard Butler. It's like a childhood dream come true. 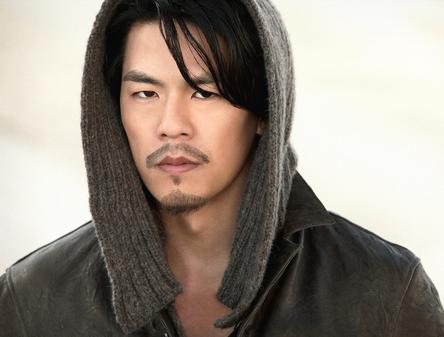