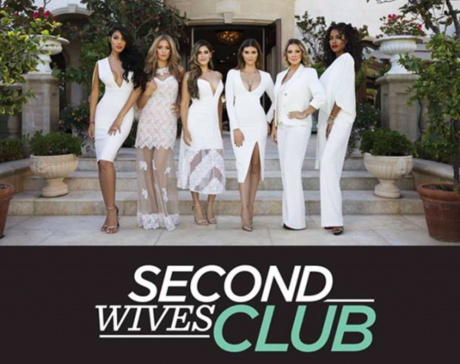 Two years in the making, the eight-episode hour long series gives viewers an inside look at the glamorous life of six women (Shiva Safai, Katie Cazorla, Veronika Obeng, Shawna Craig, Tania Mehra and Morisa Surrey) and the wealthy, powerful men that they are married or engaged to.


Now, most people view "trophy wives" as nothing more than gold diggers that cash in on their partner's success and wealth, but this show challenges that stereotype. "Our lives are more than just multi-million dollar homes and luxury cars," said Second Wives Club cast member, Katie Cazorla, to reporters at the show's debut screening at the Station Hollywood within the W Hotel (May 4th). She added, "We are mothers, not only to our children but to several step children as well. And that's a tremendous responsibility to take on. Even though most of us our housewives, others are business women like myself."


After viewing the first episode, I would have to say Second Wives Club is similar to what you would see on the Real Housewives' spinoffs, except without the hair pulling and/or fistfights, which are quite common on those reality shows. But this new series is entertaining none the less with its glitzy high fashion and amusing drama that will keep viewers interested.