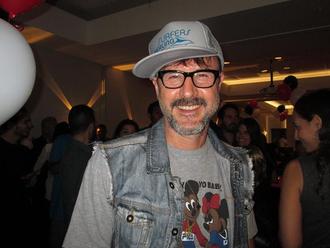 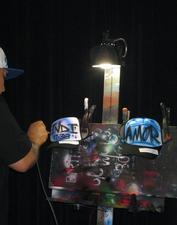 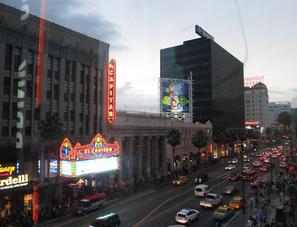 15-year-old Jordyn Jones gets the party started with performing her first original song, "I'm Dappin'" and revealed to reporters about her upcoming music collaboration with rapper, Soulja Boy

At the Dave & Busters on Hollywood and Highland

Can't beat the view in downtown Hollywood, even on a rainy day 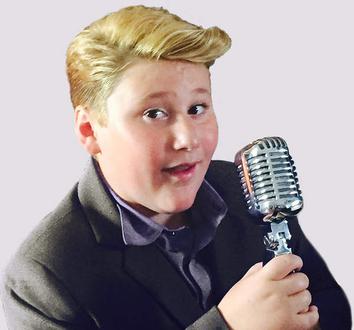 Child actor and singer, George Dalton, celebrates in style at the world famous landmark, Hollywood & Highland, with co-stars and celebrity friends for his kid-version-cover-song/music video of Fetty Wap’s 'Trap Queen.' And, also, hits the red carpet, chatting it up with reporters about being featured in Netflix’s mini-series,‘Wet Hot American Summer: First Day of Camp’, based on the 2001 cult-classic film.

The 10-year-old Tennessee native was certainly on cloud nine Sunday night (July 19th) at the Dave & Busters in Hollywood, California for his first ever music video release party. Though outside, the pouring rain didn’t let up, (even leaking into the ceiling of the building) that never dampened guests’ enthusiasm.

“I’m very excited to be here. I’ve worked with George before and I’m really good friends with him. He’s amazing. And I also love the song,” said Matthew Royer from Disney’s Best Friends Whenever.

“We can’t wait to see the Netflix movie he’s on,” adds Matthew’s twin brother and fellow co-star in BestFriends Whenever, Benjamin Royer.

The young and multi-talented, George Dalton, began his acting career in school plays and, at the tender age of eight, wrote and directed a full-length musical entitled, I, Confess.

“I love to write. I’m currently co-writing a sequel to a horror film and the director for that project is here tonight,” said Dalton. But he also admits that though he loves writing, he prefers acting instead. He stated, “I like expressing myself through playing different characters in films and TV shows.”

Recently, George has wanted to expand his creativity by getting into singing. He has done a few cover songs, such as Green Day’s "Boulevard of Broken Dreams" and an acoustic version of Sia’s "Elastic Heart."

George’s fellow cast mates (David Bloom and Thomas Barbusca) from Wet Hot American Summer: First Day of Camp were thrilled to talk about their experience being on the set with an all-star cast, which includes mostly all the original cast members of the 2001 film and new characters that will be played by Kristen Wigg, Jon Hamm, and Jason Schwartzman.

“I enjoyed working on the set with Michael Ian Black, David Wain (director of the original film), and Paul Rudd,” stated David Bloom.

Thomas agreed with David, “Yeah, Paul Rudd was great to work with. He’s one of the funniest and nicest guys. I loved seeing him on 'Ant-Man!'”

The eight episode series is a prequel to the original movie’s 1981 setting and takes place on the first day of summer camp at Camp Firewood. The film is like American Pie meets the great outdoors, consisting of “teenage” counselors (played by Janeane Garofalo, Amy Poehler, Bradley Cooper, and Marguerite Moreau) and the camp’s residents of young kids (including characters played by George Dalton, David Bloom, Isaak Presley, and Thomas Barbusca) that are trouble makers and some that are downright mean to the camp counselors. This satirical comedy series will have viewers interested each week and maybe even become fans of the original film that, unfortunately, didn’t get much love when it first came out 14 years ago.

Be sure to watch ‘Wet Hot American Summer: First Day of Camp’ on Netflix, July 31st

You can purchase George Dalton’s new single oniTunes or at Amazon.com