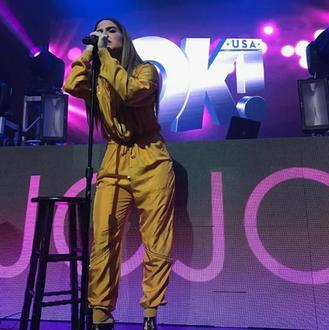 Just days prior to one of the biggest award shows in music, there have been several star-studded celebrations throughout Hollywood

One of these high-profile, red carpet parties was hosted by OK! Magazine at the Avalon this week (Feb. 9th). The annual pre-Grammy event’s location seemed fitting for this year because across the street is the famous landmark, Capital Records; and whose artist, Katy Perry, will be performing at the Grammy award show tonight at Staples Center.


Many partygoers included Grammy nominated artists, reality stars, and socialites. Reporters were eager to speak with Dancing With the Stars’ Edyta Sliwinski about her second baby on the way, which the pro dancer did reveal that she will be having a girl. Also, Dance Mom’s Abby Lee Miller was thrilled to be at the event, despite her possibly facing 30 months in prison after pleading guilty to fraud. Miller told reporters that she is “staying positive and happy” about her serious legal concerns. But another guest that got people talking that night was Courtney Stodden, who showed up with a new man by her side after recently ending her highly publicized on again and off again relationship with actor Doug Hutchison, who married Courtney when she was 16 back in 2011. The 34-year-age difference caused an uproar with the public that saw the marriage as highly questionable.

Speaking of makeups and breakups, it seems like Brandi Glanville and Scheana Shay have put their differences aside after being spotted smiling, while posing together for photos inside the Avalon. The two were seen hanging out with former Vanderpump Rules cast member, Lala Kent, and RHOBH alum, Carlton Gebbia, enjoying a musical performance by pop artist JoJo that’s currently on tour for her new album, Mad Love. 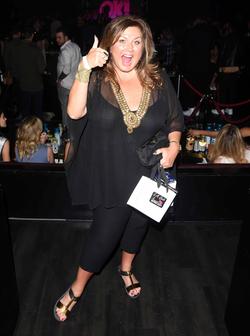 Pop star JoJo gets the crowd pumped with her throwback hit song, "Leave"

Contestants recently eliminated from the new season of The Bachelor  attend star-studded event. Seems like the bitter rivalry is all but forgotten