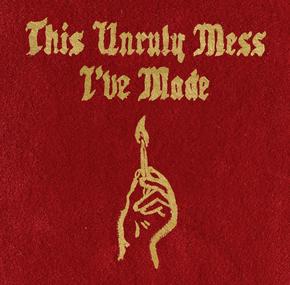 After the huge success of Macklemore & Ryan Lewis’ 2012 breakout album, ‘The Heist’, the hip-hop/rap duo went from obscure artists to overnight mainstream stars. Their songs and music videos have dominated both radio and YouTube. But will lightning strike twice for the Seattle natives' second new album?

Could you have ever imagined that a song called “Thrift Shop” that proudly proclaims “I wear your granddad’s clothes/I look incredible” would eventually sell over 10 million copies in the US alone? Yes, such a song added with a quirky music video helped in catapulting Macklemore & Ryan Lewis to the Grammy winning artist and music producer they are today. But it has been beyond just one playful song that made them famous. They were also taken seriously by covering the topic of same-sex marriage in their third single “Same Love” featuring Mary Lambert. Such a discussion of gay and lesbian rights in music was avoided by most hip hop artists, but not for Macklemore & Ryan Lewis, which made the public really gravitate towards them for their bold message.

Riding on the high of their last hugely successful album, Macklemore & Ryan Lewis, revealed early in 2016 they would be releasing their second hip-hop/rap album, This Unruly Mess I’ve Made, on February 26 that features actor Idris Elba and an array of other musical guests such as Kool Moe Dee, Ed Sheeran, Leon Bridges, KRS-One, and Jamila Woods.

Some of the tracks on the new album, like “Brad Pitt’s Cousin” and “Dance Off”, has a level of playfulness and witty lyrics that keeps Macklemore & Ryan Lewis interesting and pop friendly. But deep reflection, whether it is inwardly or on the world scene, seems to dominate the duo’s music, as shown in the songs, “Light Tunnels”, “Kevin”, and “St. Ides.”

Though critics have felt This Unruly Mess I’ve Made is not Macklemore & Ryan Lewis’ best work, I actually agree with the mainstream media on this one. There are lots of highs and lows in the album. “Let’s Eat” sounds more like a “Weird Al” Yankovic parody that just doesn’t work. While the politically charged song “White Privilege II” that focuses on the “Black Lives Matter” protesting comes off more like white guilt. But the best tracks have to be bass bumping “Buckshot” and slow jam “Growing Up” that Macklemore dedicated to his newborn daughter, Sloane.

Going back to their first album, what made The Heist really great was that the singles were so catchy, which in turn made them insanely popular. Sometimes artists have to face high expectations from the public to top their last album and make the next one even better. But then there are some that feel ‘if it ain’t broke, don’t fix it’; meaning if the same style worked for the last album, then why not continue the same momentum?

It really looks like Macklemore & Ryan Lewis had taken the second route and attempted to recapture lightning in a bottle with This Unruly Mess I’ve Made. But did it work? Well, in the first single on the new album entitled, “Downtown”, which some have called the sequel to “Thrift Shop” has sold a little over half a million copies since it debuted last year. For established artists like Macklemore & Ryan Lewis this is not a good sign, even though it could gain traction over time, we’ll have to wait and see. However, I don’t think this is the end of the duo’s music career, but all you can hope for is that maybe in the next album they’ll get it right.


Reviewer’s Rating: Three out of Five