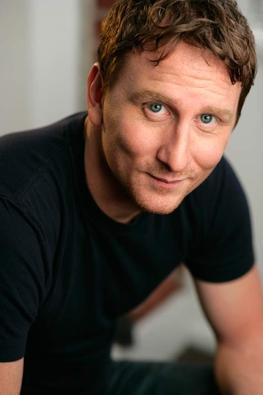 Justin Swain: Interview with the Co-Star of Netflix’s ‘Luke Cage’

Hollywood is paving the way for cultural diversity within the superhero realm, but will audiences respond positively to such changes?

In an exclusive interview with BCNF, we talk with one of the cast members, Justin Swain, who plays a tech savvy cop that investigates with his partner Misty Knight (played by Simone Missick) on whether Luke Cage is a street-level hero or a villain that should be brought to justice.

The award-winning playwright has also starred in HBO’s Muhammad Ali’s Greatest Fight, Law & Order, and The Blacklist . But aside from acting, Swain has also developed pilots under the guidance of former AMC Executive, Christina Wayne (Mad Men and Breaking Bad), and Academy Award and Emmy winning producer, Cary Brokaw (Angeles in America, Closer, and Lullaby), and is currently in the works of producing his first feature film, Penance.


During the interview Swain also talks more about his character Baily, including who was the most interesting actor he ever worked with on set, and what it was like coming to a big city like New York for the first time when pursing his acting career, after growing up in a small town in New Hampshire most of his life.


Bridget Campos News Features: I know Luke Cage is relatively a new show on Netflix. Can you tell readers what it’s about?


Justin Swain: Yes, he is a Marvel character that also is in The Defenders series alongside Jessica Jones, Daredevil, and Iron Fist as superhero crime fighters. But what sets Luke Cage apart is that he developed superhuman strength and unbreakable skin through experiments he underwent while serving time in prison. He soon breaks out of prison and tries to lay low in Harlem, but gets sucked into the criminal underworld there. It’s then that he decides to step up and become a hero by standing up for people around him by fighting crime.


I play Bailey, who is an NYPD colleague of Misty Knight. And I help her with all the evidence to determine if Luke Cage is taking part in these crimes or is he really the hero all along. That pretty much summarizes the series.


BCNF: What do you like about playing your character Bailey on the show?


Justin Swain: Bailey is very analytical when it comes to the crime scene evidence and more into the details, while his partner Misty goes more with her gut when it comes to finding out who did it. He is a fun character to play because I get to show off my nerdy side.


BCNF: Aside from acting you also have written for TV and film. Which is more difficult acting or creating a pilot for a show?


Justin Swain: The best example I can use is when a painter needs all the variety of colors to make his masterpiece work. All the colors like red, blue, yellow and so on can be compared to each role in a story. And when they come together they create the best outcome. So with acting, it’s fantastic because you get to play a role. So when you play a role you are one of the painter’s best colors, so you play a part of that portrait. But the writer of a film or show is in charge of every single character, as oppose to just one role an actor plays. That’s why I feel writing is more engaging and more difficult to do than acting.

BCNF: Who is the most interesting person you have ever worked with on set?


Justin Swain: There were two individuals that I had worked with on the ‘Boardwalk Empire’ set. One was Charlie Cox, who years later ended up becoming Daredevil from Marvel. He was a really nice guy. I don’t know if he remembers me, but it was really nice to work with him. Another actor was Steve Busemi, he played the role of Enoch ‘Nucky’ Thompson. On the set, he was very kind and a very cool actor. He’s focused, but subtle in his approach to a role as a character.


BCNF: Which actor or director would you want to work with in a movie?


Justin Swain: A friend of mine is actually doing Othello with Daniel Craig at the New York Theater Workshop. I was able to see the dress rehearsal of the Broadway show the other day and it would be wonderful to work with him because his live performances are great.


And the director I would like to work with is Peter Jackson. One day I wrote a letter to him when they were filming The Hobbit. That lead to me getting an audition for one of the hobbit roles, but I unfortunately didn’t get it. I think he is really a fantastic director.


BCNF: Do you find it to be an interesting move that Marvel is making black superheroes the star and less of a supporting role in films and television?

'Luke Cage' is available now to stream on Netflix