Having recently released her self-titled album, 16-year-old, Kaya Stewart, is taking the world by storm and redefining pop music with more of an edgy look and sound

It has been a busy time for the young singer/songwriter. She currently is on the road with rock duo, Best Coast, and the Go-Go’s for the 80s all-female pop band’s Farewell tour, which kicked off August 2nd in Clearwater, Florida and will end August 30th at the legendary Greek Theater in Los Angeles, California.

“It’s been a really fun experience,” said Kaya, “Everyone on the tour has been so nice. And the girls involved in the show are so sweet.”

Ever since this London native wrote her first song at the age of six, it seemed inevitable that Kaya would follow the same path of her rock star father, Dave Stewart.

Fans are drawn to the teenager’s sultry vocals and rocker-like sound that is distinctly similar to iconic pop star, P!nk. “Yeah, I get that a lot,” she adds, “It’s so funny because someone said that to me yesterday. But I love [P!ink’s] music, so I don’t mind.”

When asked about how Kaya liked working with her successful music producer father, who is also best known for being in the 80s pop duo, the Eurythmics, she stated, “We get along so well. He really is like my best friend. It was really fun working with him and it kind of happened naturally.”

eighth grade. Kaya admitted that she found her voice after working on

that song, which she titled, “In Love With a Boy.” It turned out to be

her biggest hit song in her music career, so far (generating nearly 5

In 2015, she released her first EP album and drew acclaim from many

popular publications, such as Billboard and Pop Crush, and was even

labeled as “Warped Tour’s Next Breakout.”

Kaya really knows how to captivate an audience with her energetic

presences on stage. She credits that to her biggest mentor and her

“More than anything I loved watching her on stage and her music videos. Her performances really inspired me and I learned a lot from her,” said Kaya.

After generating so much buzz from her popular song, “In Love With a Boy”, Kaya released her first full-length album this month and the first single on the album, “Sleepover” (co-written and produced by RedOne), is already gaining traction.

“Whenever I write songs, I write them for myself more than anything. I definitely draw from experiences I’ve had in my own life and in what I can relate to. And it’s really cool to see people relate to them. My favorite song on the album has to be '16 Dollars.' It was one of those experimental songs that I didn’t know how it was going to turn out. But the more and more I listened to it, the more I loved it. The song has a cool groove and is so fun to perform live,” Kaya stated.

As for what fans can expect from her new album, Kaya said, “It’s not where a lot of pop music is coming from. It’s exciting music that is new and different. That’s why I love it so much.”


To listen to Kaya’s new single, 'Sleepover', and for upcoming tour dates, go to her website at: www.KayaStewart.com 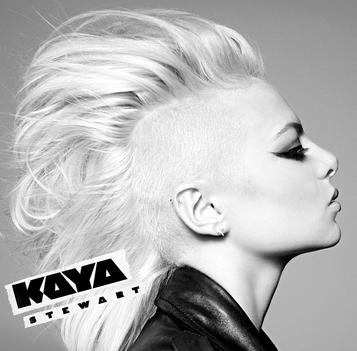 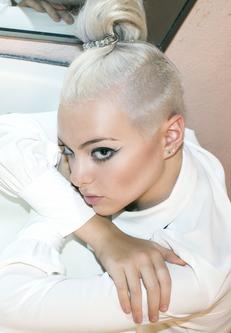