With versatility being her trademark, this talented woman’s ability to sing, act, and athleticism is attracting a lot of attention in tinsel town

The career path for this overachieving young actress all began one day after visiting New York while on summer vacation. Without her family knowing, Folake, had pursued an arts degree, which eventually led to her earning a Best Actress Award for her lead role in the short film, When They Could Fly, at the renowned ReelHeART International Film Festival in Toronto, Canada. Just within a few years she had made appearances on several popular TV shows such as Modern Family, How to Get Away with Murder, and Westworld to name a few.

But music also played a large part in Folake’s family. Her father, former Attorney General of the Western Region of Nigeria, Babatunji Olowofoyeku, grew up playing the organ in church before becoming a teacher and then eventually a prominent lawyer in his home country. It is no wonder that Folake would have in her heart a soft spot for music, as well. Going under the name: “The. Folake!” in 2012 she released a self-titled, afro-electro-rock single that debuted number one on the Afro Pop charts; and was even featured as a bassist in the late David Bowie’s music video for his album, The Next Day, which included appearances by Gary Oldman and Marion Cortillard.


Yes, Folake is currently riding the wave of success in the film industry with the upcoming release of Death Race 2050. In a recent interview with BCNF, the oversees actress/singer talks about her role in the movie, and her love for having competed in college basketball, as well as what was it like growing up as the youngest of 19 children.


Bridget Campos News Features: How does it feel to be cast in the 'Death Race 2050' film produced by legendary B-movie maker Roger Corman?


Folake: It’s very exciting. I didn’t understand the magnitude of what it is like working with Mr. Corman until being cast into the project. It was then that I began to read and hear more about him. But I feel very privileged to have worked with him and Universal Pictures and, of course, the great cast as well.


BCNF: Tell us about your character in the movie


Folake: Minerva is a rock star that is known for her music and has a larger than life personality. One day she decides to join the races. Though my character is very educated and comes from an Ivy League pedigree, she plays the typical loud, aggressive, and obnoxious superstar.

Folake: Yeah, it’s closer to the original film than the previous versions of ‘Death Race.’ It’s campy and less serious.

BCNF: Who has been your biggest inspiration in your career?


Folake: That’s actually a tough question. A few years ago, I probably would have said a couple of actors and actresses. But I feel like the path is much deeper now than before. So I would have to say my parents.

My father was born in the early 1900’s and moved to London to study law. And my mother cared for her children while under very difficult circumstances. They are both my heroes.


BCNF: Aside from acting you also have a pretty good career in music, even contributing to the soundtracks of ‘Female Fight Club’ and ‘Death Race 2050’...


Folake: In all honesty, I don’t like to call myself a musician. I just like to express myself musically.


BCNF: When you are not acting or making music, what do you enjoy doing during your down time?


Folake: I still enjoy playing basketball and Israeli martial arts. And any sports that involves being in the water.

BCNF: I heard you finished shooting an action/thriller directed by Mario Van Peebles. What was it like to work with him?

Folake: It was an honor to work with such an intelligent man. The movie ‘If’ is going to be a great piece of work. Seeing Mario on the set being very versatile as an actor, writer, and director while making it look effortless was interesting.

BCNF: How was it like growing up as the youngest of so many brothers and sisters in your family?

BCNF: Was it difficult to convince your family that you wanted to pursue an arts degree?

Folake: Yes, it was extremely difficult. Though I did get my parents’ approval prior to them passing away, they at first were strongly opposed to me pursuing an arts degree. But when I expressed interest in being a musician, they were tolerable of my decision because music is in my family’s blood. It was afterwards that I moved into acting.


BCNF: Do you have any other projects coming up in the near future?


Folake: I do. I am still in the recording process and I am absolutely thrilled about the project. It will probably be out in a year or two. I can’t say the name, but it’s a video game. 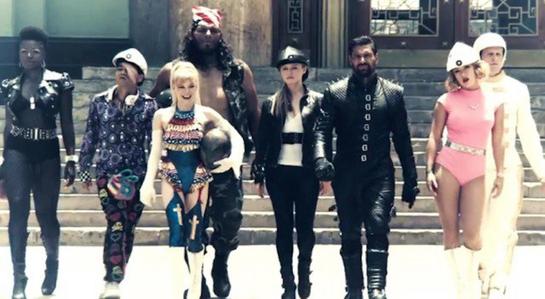 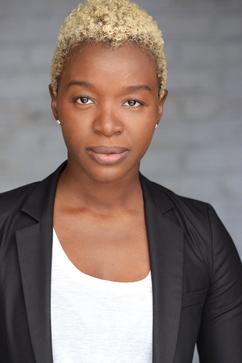