Prepare your mind to be blown away when the UK's five world-class illusionists bring their awesome show, Champions of Magic, to the US for the very first time

Whether you're a skeptic or a believer, magic has always peaked people's interest. Magicians and grand illusionists such as David Blaine, Criss Angel, and Penn & Teller have captivated audiences with dazzling shows that have you wondering, 'how did they do that?'


If you've seen magic shows either in Las Vegas or when the local Big Top comes rolling into town, you will be in for a surprise watching Champions of Magic. With sold-out shows and rave reviews in London's West End, this theatrical production includes Grand Illusionists Young & Strange, Queen of Close-Up Fay Presto, Master Mind Reader Alex McAleer, and International Stage Magician of the Year Edward Hilsum. This talented group has over 20 million online views between them and various TV appearances on CNN's A Quest For Magic, The CW's Penn & Teller: Fool Us, and NBC's Caught On Camera with Nick Cannon, these top illusionists are quickly becoming household names.


In a recent interview with BCNF, one of the magicians from the show, Mind Reader Alex McAleer, talks about bringing their four-year show to the US and what audiences can expect from Champions Of Magic.


Bridget Campos News Features: What skills does it take to be a mind reader such as yourself?


Alex McAleer: I think a slightly obsessive personality helps. When I was first learning all this stuff as a teenager, I would become obsessed with various techniques and topics; reading and testing various ideas in secret.


BCNF: Now just to be clear being a mind reader doesn't mean you have to have psychic ability, right?


Alex McAleer: No, not at all! Everything I do is achieved by perfectly natural means. It’s a mixture of psychology, mentalism techniques, and analyzing my audience.


BCNF: At what age did you start doing magic tricks?


Alex McAleer: I’m an only child, so I had lots of ‘hobbies’ growing up; one of which was magic. I remember performing some simple magic tricks on my mother, but it wasn’t until my early teens that I started to take it seriously, and focused on the more psychological tricks.

BCNF: Since you are a mind reader people must always ask you, 'what am I thinking?'


Alex McAleer: All. The. Time! I usually try to laugh like I’ve never been asked before, but then look them directly in the eye for a little bit longer than is comfortable… with a knowing smile.

BCNF:  Tell us about the tour Champions of Magic and how do you feel about bringing the UK show to America?


Alex McAleer: Having toured the show in the UK for the past few years, I’m so excited to bring it to America. Champions is a spectacular show; it’s a real privilege to be part of it. There are five of us in the show, each with our own unique skills and specialty - so it’s not like you're seeing ten different acts, most of which all do the same sort of thing. Ed is a master of visual magic, Fay is the Queen of Close-Up magic, Young & Strange are hilarious and charming with their grand illusions, and I bring the mind games.


BCNF: Who is your favorite magician you look up to?


Alex McAleer: I don’t think I could choose just one! I admire so many different acts for so many different reasons… but if I had to pick one magic act to watch over and over again it would be Penn & Teller. My act is nothing like theirs, but I have always been a fan.


BCNF: What do you say to people who don't believe in magic and feel that mind reading is just a guessing game?


Alex McAleer: I’d say they are probably right… HA! However I’d also tell them to relax and enjoy the experience - it’s not a puzzle to be solved, it’s something to be amused and entertained by!

BCNF: What is your most popular magic trick audiences love seeing from you?


Alex McAleer: I really love making an audience laugh and enjoy themselves. But I think the moment the audience most enjoys is the revelation that some how I seem to have discerned what another person is thinking; that moment when I reveal what a perfect stranger’s thoughts are.

'Champions of Magic' tour in the US begins October 3rd through November 18th. To purchase tickets go to their website:  http://www.championsofmagic.co.uk/

The top illusionists from Champions of Magic show 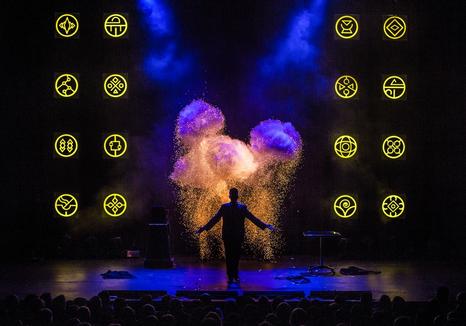 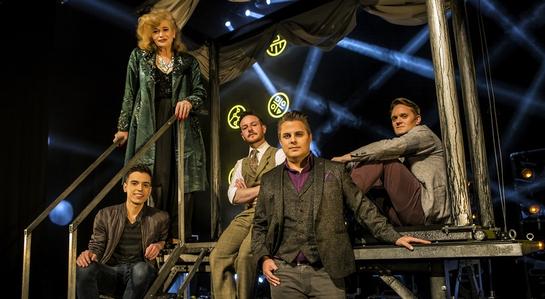 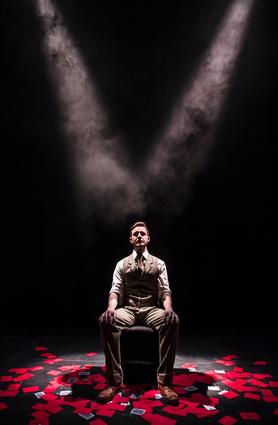