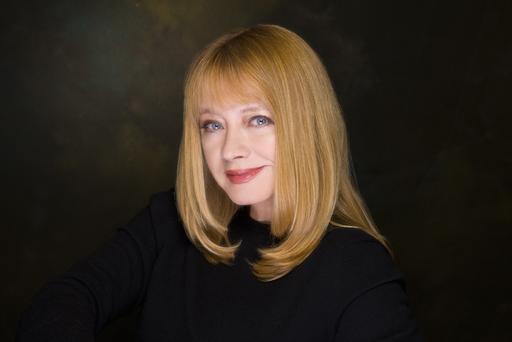 Best Known as Tina Lord in the ABC soap opera series, 'One Life to Live', Andrea Evans, has recently taken a crack at executive producing for a documentary that covers an important topic that has shocked the public-- the seedy side of the entertainment industry that very few have had the guts to talk about

Since 2017, the hashtag known as #MeToo shined a light on the pervasiveness of sexual harassment and assaults in the entertainment industry and exposed men in power like Harvey Weinstein, Bill Cosby, and R. Kelly-- just to name a few that had gotten away with this behavior towards young women for many, many years and are now serving time in jail for it. This movement continues to inspire women from all parts of the world and industry fields to speak out about past experiences of sexual harassment, whether it be at the workplace, college, or even the military.

However, the drawback of this movement is that it brings up a subject matter that very few women want to talk about because they worry no one will believe them, thus causing more trauma to the victim and so they remain silent. For some, even using the hashtag on their social media in supporting the MeToo movement, they are being labeled by the media as feminists or even kooks because they are supporting one-sided allegations that target high profile men for financial gain.

In an exclusive interview with BCNF, Passions’ star, Andrea Evans, discusses about her documentary, Rocking the Couch and whether or not the #MeToo movement has changed Hollywood’s perception of the term casting couch.


Bridget Campos News Features: What made you want to produce this documentary, Rocking the


Andrea Evans: As a woman, I feel it is particularly an important issue. When the Bill Cosby and Harvey Weinstein cases were at their peak a couple years ago, I was with one of the producers of my documentary having coffee and I said, 'you know someone should make a great documentary about this.' And we both looked at each other and decided that we should make it ourselves.


BCNF: Was it tough to get victims to participate in your documentary?


AE: There were some people that did not want to talk. Then there were some that were going to speak out but then chickened out later. The ones that did talk in our documentary were happy to speak out. It was very therapeutic for them to be able to talk about what happened to them.


BCNF: What do you hope the audience will take away watching, Rocking the Couch?

AE: We wanted to present a true story of what the casting couch is in the entertainment industry. And the thing that came up is the subject of trauma. If you said that term in a room of 50 people probably 48 would know what that word means while the other two would maybe laugh. Abuse exists in all areas of work and in the world. But in our industry, it has become so excepting that sexual harassment is seen as a bit of a joke. And that is not right. What I hope viewers take away from this documentary is an understanding of the entertainment industry and how it happens and why this behavior exists and to  stop it. So that sexual harassment doesn’t have to continue in the workplace.

BCNF: Since acting is not like a regular 9 to 5 job, do you feel that sexual advances just come with the territory in Hollywood?


AE: I think they have come with the territory. What you said is true. Hollywood is not a 9 to 5. When we go to work as an actor, we basically go as independent contractors. We don’t have an HR Dept. We don’t have people looking out for us. We as actors are kind of on our own. The only covering that we have to go to is the union that is in charge of our safety. And unfortunately, in the past the union was not allowed to help in sexual harassment complaints. But they are getting better by putting programs in place. But they still have some ways to go in making progress.

BCNF: What do you think about well-known celebrities having the courage to speak out about the matter?


AE: I think it is such a very good thing. There’s a lot of people that we have in our documentary. They are not A-list celebrities, but they risk a lot coming forward. Sexual harassment mostly occurs when actors are climbing the ladder to success, not when they are already there.


BCNF: Going back to your typical corporate job, a man or woman is encouraged to speak out when they are being sexually harassed. Whereas those working in the entertainment world it is viewed as a career-ending move. Why is that?


AE: Speaking from the top of my head since I’ve never worked in the corporate world, as actors we are hired day by day, week by week, month by month. And since our employment is irregular, everybody is anyone to get that employment and you put that all together and it’s just a toxic batch of stuff that an abuser can take advantage of.


BCNF: What would you say to those cynical about the Me Too Movement, arguing that actresses willingly use the casting couch to advance their career and then years later cry that now they are victims?

AE: In our documentary we address this issue as well. We have one actress featured, Carrie Mitchum, who grew up in the industry. Her grandfather is legendary actor Robert Mitchum. In the film, Carrie

makes a great point that there are those who choose to do anything for a part. Basically, sex for work and you won’t hear them come forward or say anything about the Me Too Movement. But it’s only the people that have been abused that will come forward and tell the public about it. So if an A-lister tells you that they were abused in the earlier stages of their career, I tend to believe them because they are risking more coming forward. I think as a society things are starting to shift and we are starting to look at what victims are saying more and willing to dig deep to seek out the truth. Back then it wasn’t like that, but now it seems to be the case.


BCNF: What changes, if any, do you think the Me Too Movement has made in Hollywood?


AE: We as a whole are listening to what victims are saying and I hope even more victims will have the courage to come out. But I hope what people will take away from our documentary that it is a cautionary tale for those just arriving in Hollywood seeking an acting career and be aware of the pitfalls they will come across. For example, some meetings are held in hotel rooms and over dinner. And hopefully they will learn from the mistakes others have made.


BCNF: In the documentary, you reference to a 1992 court case involving a talent agent, Wallace Kaye, who was charged in sexually assaulting numerous victims, but the story was played down by the media. Now fast forward 20 years later, now the media is willingly covering high profile alleged abusers like R. Kelly, Ryan Adams, Harvey Weinstein, and Bryan Singer. Why did some of the media make a change, and could it be because the public wants accountability for men abusing their power?


AE: I think the public nowadays wants accountability and I think social media plays a part in this. Times have changed and so people view things differently. Take for example, the Michael Jackson documentary, Leaving Neverland. The film brought up the point how the impact of social media can affect your celebrity status. We don’t have the type of celebrities that existed back then. The public has gotten more cynical about fame. There are also a million ways to get entertainment like through their phone, laptop, and really don’t even need a TV anymore. Sometimes usually everyone and anyone can be famous nowadays. And because of that there isn’t a strong level of star power. Back then people only had the option of a few channels on TV or going to theaters to be entertained.  So you don’t have the type of celebrities with the type of power like before to control all aspects of media that protects their image by having the public see what they want the public to see. All the good and never any of the bad that, in the past, could easily be covered up. If you would have told me in the past that Bill Cosby would be serving time in prison for crimes he committed. I would have never believed you. I wouldn’t have thought that would be possible. This man was so beloved on the Bill Cosby Show and being the 'Jello Man,' so it was shocking to see that this man had another side. And I believe social media has played a role in exposing all sides of a celebrity-- both good and bad.


BCNF: I also heard you have another documentary in the works? Is there any other project readers can see you in?


AE: I’m currently in a crime drama series called The Bay. We’re on the 2nd season. So hopefully people will tune in and enjoy. As for the next documentary it is still in the works.