This behind the scenes, Platinum-selling producer, Rey Reel, talks about being ready to make a spotlight debut with his first ever solo album in the works, and also wanting to make a name for himself as an actor

The 26-year-old has plenty to be proud about. His latest accomplishment is being a three-time Grammy nominated producer and winning in one of those categories for, Best Surround Sound Album of the Year, on Beyonce’s latest self-titled album. Yes, this sought after producer has worked with the biggest names in music, creating hit after hit of club banging singles and remixes. From Beyonce’s “Flawless” along with the remix version featuring Nicki Minaj and Mariah Carey’s “Thirsty” to Drake’s song “Trophies” and Will.i.am and Britney Spears’ remix version of “Scream & Shout” is just to name a few of the talented artists he has worked with alongside fellow music producer, Hit Boy, under his imprint, Hits Since ’87 (HS87).

The Sacramento native’s career first started off at the age of 15, when the group he was in, formally known as The Push (now is Audio Push), became an overnight sensation on Myspace for their widely popular song, “Teach Me How to Jerk.” From then on, many artists such as Lil Wayne, Diddy, Missy Elliot, Travi$ Scott, and several other big-time musicians wanted to work with the young talented men that ended up becoming successful music producers.

Over the years, Rey has greatly contributed to helping artists make a name for themselves in the mainstream world of music, now he wants to do the same for his own solo career. By, most importantly, proving that his talent goes beyond music, but acting as well.


Bridget Campos News Features: How did you feel winning your first Grammy?

Rey Reel: We’re still trying to verify if I was included in that category, which I think I should have been, for the simple fact that it was a Best Surround Sound Album. But it does feel really good and I’m very, very honored. And I’m also happy for this year’s other Grammy winners.

BCNF: Since your career as a producer started off on Myspace, what current social media platform would be great for new artists that want to get their music out there to the public?

Rey Reel: It depends on what adapts to them. Like for those that use Twitter they should keep that less personal and more work related content that will be valuable to your career. Make it about promotion and contacts. And as far as Instagram goes, I feel it is more of a fan base platform, so that fans can relate to the artist or anything entertainment related.


BCNF: Are there any music producers out there that you consider a mentor?

Rey Reel: There really is a long list of producers I have been influenced by, but Pharrell in particular I most admire. I really love his music and his thought process. I love his views on life and his interviews are amazing.

BCNF: And is it true that you don’t rap or sing?


Rey Reel: No, I can’t sing to save my life or rap either.


BCNF: So how do you plan on making your own album?


Rey Reel: It’s going to be a collaborative album. It will be me featuring other artists. I think it is going to work out well.

BCNF: Can you name anyone now that is on board for your new album or not yet?


Rey Reel: Probably Future, Sage the Gemini, and my boy, Mann. I have a list of other people who are available for it. Of course they have their own projects they are working on, but when we finally get the chance to work on this album together. It's going to be so dope.

BCNF: Have you ever come across an artist that was too much of a perfectionist in the studio that they were difficult to work with?

Rey Reel: There are sometimes complications when some people like to over think certain things when they want to develop a huge beat. I try to just go in, have fun, and make sure that what we are working on relates to the original concept. If you approach it with that mindset, it will come out the way you had planned all by itself. But other than that I have never had difficult people to work with.

BCNF: Do you have memorable experiences working with any artist or well known producer you admire?

Rey Reel: I would have to say M.I.A. She is someone I talk very highly of because her energy is like above and beyond anything I could have imagined. Her conversations are like super intelligent. Her music is also above and beyond. I am a huge fan of her first album to her current music. It was a real honor to work with her. To hear her back story of where she has come from and the things she has been through. It was one of the greatest experiences I had so far.


BCNF: Why do you have an interest in acting? And do you think it could be a distraction from your producing career?


Rey Reel: My interest in acting is because I have a big personality and I can really bring something to the table as an actor, whether it is a serious or a comedic role. I am highly adaptable.

Now as far it being a distraction from me being a producer, I don’t think so because acting and producing can work hand in hand. You can star in a film and also do a couple of tracks for scenes in it. But I don’t see acting as just another gig and only land roles because of the well-known artists I have worked with. I want to be respected in the acting community. There are some that have worked with big names in music but can not act.

That’s not something I want. I look up to actors and actresses that work themselves to the core in the same way I do with my music. I would want them to have the same energy and work ethic if they were transitioning to music. And that is why I would love to get into acting.


BCNF: It is common for music producers to sample songs from the past. How do you personally avoid copyright infringement issues like what happened to Robin Thicke and Pharrrel with the “Blurred Lines” song?


Rey Reel: I think that incident was a bit overboard. Music is music. Everyone enjoys it. Sampling is not a bad thing. You are just recreating it. I personally don’t like to sample for the simple fact that credit-wise it takes up a lot of space and behind the scenes it lowers a lot of production numbers. But you shouldn’t be hindered from sampling from those you are influenced by. I don’t see anything wrong with that.


Be sure to check out Rey Reel on the cover of HYPE magazine’s 2015 spring issue already out. And for updates on his latest music projects go to Rey’s website at: www.ReyReel.com 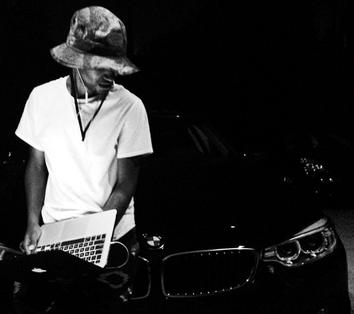 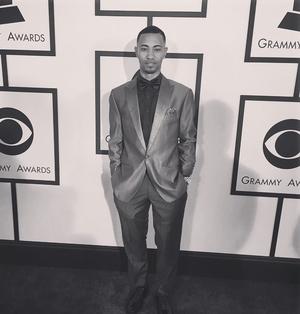 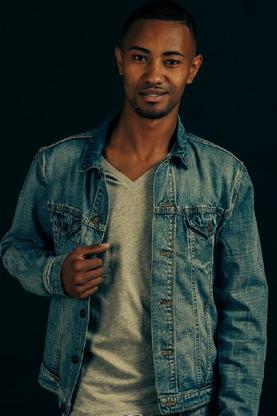