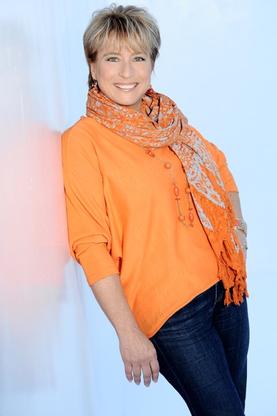 Interview with Dorothy Breininger of Lifetime and A&E’s ‘Hoarders’

Got clutter in your home and don’t know where to start?

Whether it is cleaning the backyard or organizing a home office, professional organizer and author, Dorothy Breininger, from the Emmy-nominated show Hoarders gives cost effective tips on how to tackle summer projects and explains why teamwork is important so as not to be overwhelmed by the task at hand.

Dorothy, who has also made TV appearances as an expert guest on such shows as Dr. Phil, The Doctors, and The View, also discusses about what viewers can expect from the upcoming new seasons of Lifetime’s Hoarders: Family Secrets and why decluttering your life can improve your health and trim your waistline.

Bridget Campos News Features: What did you think about Hoarders’ first-ever live intervention this season?

Dorothy Breininger: I didn’t know for a while that it was going to be a live show. So the first show was a total surprise for me. The second thing I noticed was that the lighting for the live show was so different than how it normally is.

BCNF: What’s the best way for family members to cope with a hoarder?

Dorothy Breininger: First of all never say to a hoarder, ‘I want to light a match to the junk’ or ‘let’s just back-up a truck and shove everything into the truck and just drive it off.’ Also, never clear the space behind their back when they are not around, because doing and saying such things will make a person who hoards not want to trust you. And if they can’t trust you, then you can never help them.

When it comes to our parents doing the hoarding, as adult children, we tend to want to help them save them from themselves. And we try and try but we never can. The best way to cope is just to focus on your own life first. Make sure you put you as a priority, not your parents, who hoard, because it is a never-ending battle. The second thing is that you can go to a great online support group called ChildrenofHoarders.com. It helps adult children to feel not so guilty about their parents hoarding and find ways to deal with their parents that have this disease.

BCNF: Do you think there is a difference between being a pack rat and a hoarder? Or are they basically the same?

Dorothy Breininger: In my mind, they are basically the same. However, most people who hoard do not like the term hoarders--some on the other hand, don’t care, but they instead prefer the term 'pack rat' or 'collector' to describe their situation.

BCNF: Do you think being a hoarder is something a person can never be cured from?

Dorothy Breininger: I think a person who hoards can be cured in the same way that an alcoholic can be cured, which is a day by day commitment. It’s like when a person says, ‘I’m never going to drink again’ and if they go to a 12-step program they are able to make a commitment to not drink for a 24 hour period and then make a renewed commitment the next day and so on. That’s sort of the same thing for hoarding. It’s almost like an addiction, which is why there is a 12-step program for people that want too much clutter.

BCNF: You’ve been on the show Hoarders since the very first pilot episode. Has there been any particular hoarder that has shocked you or have you seen them all?

Dorothy Breininger: There is a part of me that wants to say I have seen it all, Bridget. (Laughs) But there was a recent show that I did of a woman who had more than 18,000 Barbie dolls in her home. Just when I thought I had seen it all! I mean, they were in every room of the house--the dining room, the bathroom, the closets, the kitchen cabinets, every place had dolls. I’m used to seeing all sorts of strange things like tons of papers, lost diamond rings, guns, dog poop, knives, rat droppings, and drugs- but I haven’t seen Barbie dolls! (Laughs) But, actually, it was kind of fun.

BCNF: In your book, Stuff Your Face or Face Your Stuff, you state that there is a correlation between clutter and being overweight, how so?

Dorothy Breininger: I used to weigh over 200 lbs. I couldn’t stop eating another potato chip, or chocolate chip cookie, or going back to the fridge for more ice cream. The same way that a person, who hoards, cannot stop themselves from going to another yard sale, or buying another 15 staplers at the office supply store, just because it was on sale. They can’t stop hoarding even though they want to stop. I wanted to stop overeating, but couldn’t. I saw a correlation between the two and that’s why I wrote a book about it.

BCNF: Congratulations on your weight loss.

Dorothy Breininger: Thanks. My weight loss was about 75 lbs. That was four years ago and I have kept it off. I go to a 12-step program for overeating. I personally would advise these types of meetings for people, whether they drink a lot or like too much clutter. A support group really does help.

BCNF: What do you mean by the term 'Body Clutter'?

Dorothy Breininger: It’s another way of saying overweight. But 'body clutter' is not just the physical weight, it can also be emotional clutter that we carry around.

BCNF: What’s the most cost effective ways to declutter your life?

Dorothy Breininger: You don’t need to spend a lot of money on buying products to organize your life. Just get support- either with a buddy or a support group like clutter anonymous. It costs you nothing. Then simply set a timer for no more than 30 minutes and work on organizing one item at a time, like one drawer or a shelve, one half of a cabinet, or a portion of a closet. Start small in one area and complete it. But when the timer goes off, that’s when you stop and then finish again tomorrow.

Dorothy Breininger: The same method I had just mentioned is also a great way to tackle summer projects. However, many people use the summer to get the projects they have been waiting to do. You only have a little bit of time to take a vacation and a little bit of time to say declutter the outside shed or the garage. My advice is to put a small team together say four or five people. By using the team approach, you will only spend five or six hours and get a huge space done and your summer project completed. But the thing about teamwork is that there has to be a leader, otherwise everybody will be bickering about, who is throwing away what? Or what do we keep or don’t keep? The team leader will set the criteria of what items will be kept and what items will be donated or thrown away. By a leader being upfront with the group it will help all involved to easily agree on keeping or trashing certain items that no longer work and are not needed.

BCNF: Can you give just a little input on what viewers can expect from season eight?

Dorothy Breininger: Well, I can say what is new about this season and the seasons that are coming is really a focus on family secrets. What we realized in doing this show in the past seasons is that most of the family members, co-workers, church members, friends, and groups do not know the secrets that these hoarders have, because many of them have never even seen the inside of where these people live. And this season brings that to light. That’s what is so alarming and amazing about this season.

For more information on the next season of ‘Hoarders: Family Secrets’ go to the Lifetime website

And for more organizational advice, go to Dorothy Breininger’s website at: DorothytheOrganizer.com