Executive chef and caterer to the stars, Wayne Elias, gives us the inside scoop of Sir Elton John’s 25th annual Oscar viewing party

After the awards have been handed out for Hollywood’s biggest night in film, The Academy Awards, guests get to party it up; schmoozing with their favorite celebrities in the crowd or perhaps networking for a movie deal that might get them an Oscar nomination for next year.

This is the night when the stars show off their fashion styles on the red carpet for the Oscar after party and shower praise for a category winner of theirs to reporters. And one of these popular Oscar parties that Hollywood’s A-list stars flock to is none other than the Elton John AIDS Foundation Academy Awards Viewing Party at West Hollywood Park. The preparing of such an elaborate, yet creative 1,000 five-course meals seems like a daunting task, but Chef Elias has been up for the challenge and seems to outdo himself every year for the past 14 years, ever since being the lead chef for this event.

In an exclusive interview with BCNF, Chef Elias talks about how he will once again make this year’s charitable event go smoothly with the help of a certain celebrity chef, as well as, his army of staff that consists of 150 servers and bartenders and 70 kitchen staff members at Crumble Catering, a business he co-founder with his partner Chris Diamond.

Also, Chef Elias shares with readers how they can plan their own successful Oscar party and offers delicious, easy-to-make recipes that will have your guests ooh and ahh in delight.

Bridget Campos News Features: Will you be partnering up with any other celebrity chef this year?

BCNF: What can Hollywood's A-list Stars and Donors expect on the menu this year?

​
Chef Elias: This year the menu consists of flavors from all over the world - Big Eye Tuna with Avocado Creme Fraiche, Sea Bass with Olive Tepenade and Poached Pears with English Blue Cheese.

BCNF: What advice would you give to a person that wants to host their own Oscar party at home, but are on a budget?

Chef Elias: For an Oscar party at home, always prepare ahead of time so you do not have to stay in the kitchen and miss everything. If you are on a budget, I would go to Trader Joe's and buy the turkey meatballs and heat them up and make a homemade marinara sauce, or make your own turkey finger sandwiches with smoked cheddar, avocado slices, mustard and hummus spread, assorted chips and different dips and bake some store-bought frozen cookies. You can make homemade lasagna which is very inexpensive with either chicken, beef, or fresh vegetables.

BCNF: Should they only serve small appetizers to their guests and, if so, how many should they prepare?

Chef Elias: It's always easy for guests to eat small finger appetizers instead of a big meal. The preparation is a lot more to make many dozens of apps over a buffet dinner.

BCNF: What is the most simplest but tasty appetizers to make?

Chef Elias: The simplest and most tasty appetizer to make would be my signature Grilled Cheese Finger Sandwiches with Asian pears, Gorgonzola, Mascarpone on raisin bread. Find the recipe here:

1) Lay out on a work table 4 slices of bread

2) Spread them with the mascarpone cheese

8) Finish in the oven for 5 minutes at 350 degrees, or until golden brown

Will make 16 out of these two sandwiches

BCNF: What were your thoughts when you were first offered to cater Sir Elton Johns' Oscar party?


Chef Elias: When I had first had the opportunity to cater this amazing fundraiser for Sir Elton John, I was focused on not messing it up!

BCNF: Are Sir Elton John and his partner David Furnish really involved in the menu decisions or do they leave it all up to you?

Chef Elias: They do leave it up to myself and Gordon Ramsay to come up with a creative and delicious meal.

BCNF: What dishes tend to be big hits at the Oscar's after party?

BCNF: Since you have been catering this event for several years now, do you find it stressful to come up with new ideas to top last year's party?

Chef Elias: It is very challenging, but it makes my creative juices start to flow and motivates me to kick things up a notch from the year's prior event.

BCNF: And finally, who do you think will win 'Best Picture' this year?

Chef Elias: La La Land or Lion. I am torn!


And for more information on singer Elton John’s AIDS Foundation go to: www.ejaf.org. 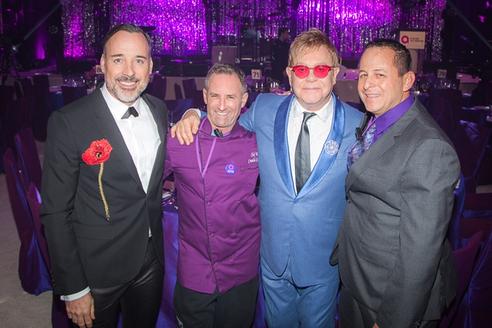 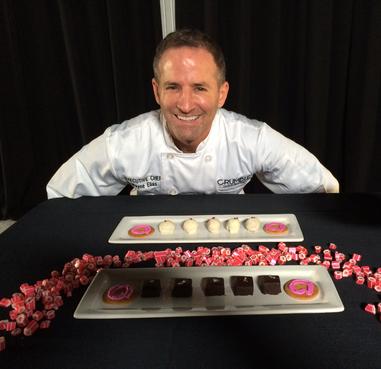 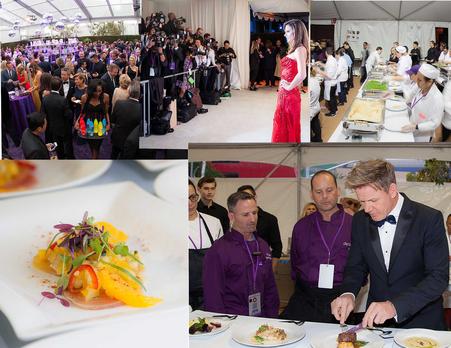