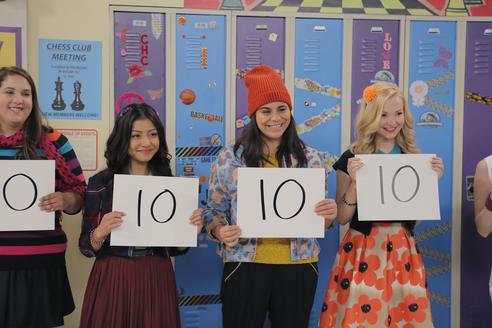 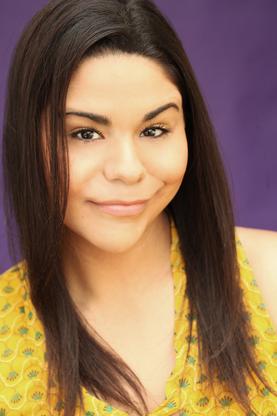 Best known as her character Willow on the popular kid series, 'Liv and Maddie', and also for her recurring role as Becky on ABC’s 'The Middle', Jessica talks about her really wanting Willow and her character‘s high school crush, Joey, to become an item for next season or as fans like to call them on Twitter #Jillow.

But aside from all the excitement about the hit Disney show being picked up for its third season and a special celebrity guest appearance coming up, Jessica also opens up about overcoming a health scare that made her life change over the course of two years. With support from cast mates and fans, Jessica realized that her and fiercely competitive basketball player, Willow, share the same strength and resilience when faced with challenging circumstances.

Bridget Campos News Features: Are you thrilled that Liv and Maddie got picked up for a third season?

Jessica: I am so excited and can’t wait to see what they end up doing [for next season]. I’ve told them like a million times it has to be the year of “Jillow.” So hopefully they will listen to me.

BCNF: Do you think next season, Joey and Willow might date or maybe become a couple?


Jessica: Absolutely. That is what I mean by “Jillow.” That’s the name fans gave us. And I really hope they do. We get so many letters and tweets from fans really wanting this to happen. And I think they would really get a kick out of it. But who knows. Maybe it will turn out that Willow doesn’t like Joey anymore. Maybe she’ll be like, “I’m over it!” (Laughs) I just want something to happen between them. Maybe even a first date.

BCNF: Your character Willow seems like a tough girl. Is your personality similar to hers?

Jessica: It is. I mean we are both tough. And what I mean by tough is that she has inner strength. She has overcome a lot, and this was shown in the episode, “Rate-A-Rooney”, that recently aired when she was judged by the way she looked. She’s super strong and she helped me to be a stronger person too. It’s a quality we both share. The only difference is that she’s a little louder than me.

BCNF: What did you think about Kevin James guest appearance on the show?


Jessica: So excited. I’m just so mad that I’m not in that episode. I actually crashed the set that week he was there, watching him do one of the scenes. He is unbelievably funny. If you get a chance to watch a comedic genius like that you have to take it. I wish I could talk more about it, but I do know that Kevin James plays one of the cooking instructors in the upcoming episode. I can’t wait for his new movie [Paul Blart: Mall Cop 2] to come out.

BCNF: Are there any projects you are working on outside of Liv and Maddie?


Jessica: I am working on a couple of projects. One is a short film that I am writing, producing, directing, and starring in. The other one I’m trying to make into a pilot. The roles are very different from my Willow character. The pilot will be comedic, but the short is more dramatic and darker. So we’ll wait and see.

BCNF:  How did you react when finding out you were diagnosed as having prediabetes?

Jessica: Well, it was two years ago from now and it was the hardest thing I ever had to go through. But I’m actually thankful that I went through it. When I found out I was prediabetic I was really shocked. I never thought it would happen to me. It was a wake up call that I needed to start caring for myself.


Being overweight, you’re kind of hard on yourself, feeling that the journey is too long and it won’t be a quick fix. It can be quite discouraging.. So you don’t do anything and end up getting even sicker. I decided to do the opposite of that. After being diagnosed everything changed with my diet and I started exercising every day. I used to drink so much diet soda (Laughs). But I stopped. I’ve just been taking so much better care of myself. That was about 70 lbs. ago, but I still have a bit way to go. I am proud of what I have done so far.


BCNF: You mentioned that you are continuing to lose weight. What is your goal weight by any chance?


Jessica: If you were to do a BMI scale on me, I would technically be overweight. But I don’t have a number that I want to be. I feel if you give yourself an exact goal weight, you then become fixated on that number. I really go based on my health and don’t want to go to another extreme of now being underweight. Because you can be lighter but still very unhealthy. So I want to lose a few more pounds based on a BMI scale of being considered healthy.


BCNF: How have fans and co-stars reacted to your weight loss?


Jessica: They were really supportive and understanding. My cast mates wanted to be sure I was doing my weight loss in a healthy way. I assured them I was losing weight for my health and not because I wanted to fit a mold. Also, our set is very healthy and down with the Paleo diet. So there are lots of fruits, vegetables, and really good proteins served. It helps greatly with my diet. It’s been really great having a support system.


BCNF: What is your favorite healthy meal to cook?


Jessica: I love to cook. I didn’t realize I did until I started losing weight. And I started taking reign on what was being cooked in my house. So I cook for my family every night. And the most favorite dish I love to cook is turkey stuffed peppers, but with a Mexican spin on it by adding black beans, corn, and jalapeños. It’s so healthy and it is my favorite thing to make because it’s delicious and more importantly it is a filling meal.