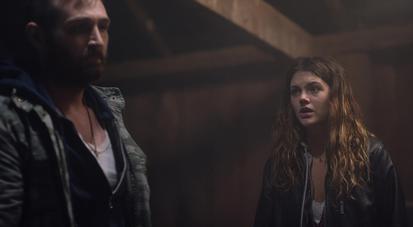 Ever since her breakout role as Joan in Netflix’s hit prequel, Fear Street: Part 2 - 1978, fans cannot seem to get enough of Jacqi Vene!

It wasn’t until high school that Jacqi Vene fell in love with theater and soon began writing, directing and starring in her own shows. Born and raised on a small farm in Reno Nevada, at the tender age of 10, Jacqi and her family move to Tucson Arizona, which soon blossomed her interest in improv and physical comedy. Instead of pursuing a college degree, Jacqi moved to LA at the age of 18 to become an actress and has so far garnished some pretty successful roles, which include the web series, The Wonderful World of Hunter Wood, TV movie, The Wrong Valentine starring Vivica A. Fox, and even played the lead role of Jenna Ross in the critically acclaimed film, When Today Ends.

In a recent interview with BCNF, Jacqi shares with us her breakout role as Joan in Fear Street: Part 2 - 1978, including what her favorite slasher film is and also about her next upcoming project.

Bridget Campos News Features: You’re relatively new to the Hollywood scene. How does it feel to have been a part of Netflix's hit, Fear Street: Part 2- 1978?


Jacqi Vene: It feels so amazing. I feel so blessed to be a part of it in any way shape or form. I’m so in love with 1978—with that 70’s vibe. The filming was done so well. And fans have been so dedicated. I couldn’t have asked for a better introduction into the scene.

BCNF: What is your favorite slasher film?

JV: The Halloween films but honestly Fear Street: Part 2 - 1978 has to be my favorite slasher film.

BCNF: Tell readers a little bit about yourself and what made you want to act.

JV: I’m a very artistic person. I grew up doing a lot of theater, Commedia Del’Arte, and improv. I immersed myself in theater work in high school and when high school ended, I wanted to keep doing it because I didn’t want to go to college.

BCNF: What is Commedia Del’Arte?

JV: It is improv like comedy. Very slap stick and very physical type of acting.

BCNF: You actually have a new film coming out called, The Surprise Visit, what's it about?

JV: It’s about two young impoverish people that are heavily into drugs, living in an RV and find out they are pregnant. They are doing what they think is best to kind of create a stable future for themselves. But they are making decisions in a very unhealthy mind. But they are only seeing what they feel are the only options they have.

BCNF: What was it like to act alongside Eric Roberts?

JV: Oh, it was great. He’s very classic Hollywoodesque actor.  That vibe just oozes off him. He’s very sweet and just filled with vigor to pursue film all the time. It was awesome working with someone like him.

BCNF: Has it been tough working on the set during the pandemic?

JV: I follow the rules on the set, and they are strict rules and you have to follow them so everyone can be safe, especially on The Surprise Visit. On that set there wasn’t a lot of talking to other cast mates even though you had the time. So, I was listening to a lot of music, and it gave me time to focus on my character. So that was nice. There were lots of Covid tests. Lots of missing out on social gatherings when on location because you don’t want to risk getting other people you work with on the set sick. It’s a lot of alone time, which sometimes is good.

BCNF: When will The Surprise Visit come out?

JV: You can see it on January 14 On Demand everywhere and in selected theaters across the country.

BCNF: I know the Covid-19 pandemic has been tough on everyone, since we are ending this year, what do you wish for in 2022?

JV: I wish for everyone to feel safe, happy, and healthy. I wish we can all come together and see our neighbors as communities and people that are different then us, but we can love despite our different opinions and we can move forward collectively to protect our future of humanity, I wish to be a part of that change and start to share this passion in my life and hope that others can do the same.

​Check the Trailer of 'The Surprise Visit' below: ​

Jacqi Vene with co-star Rob Riordan on the set of her upcoming suspenseful- thriller film, The Surprise Visit 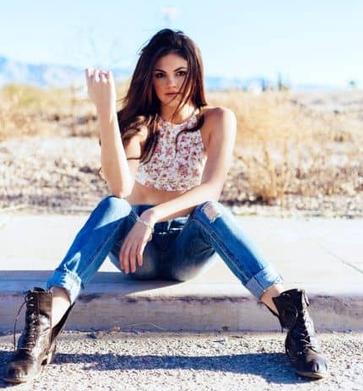