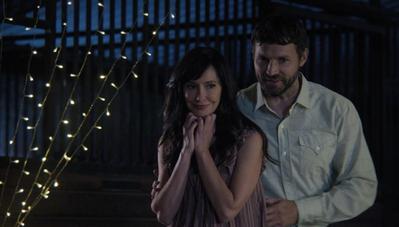 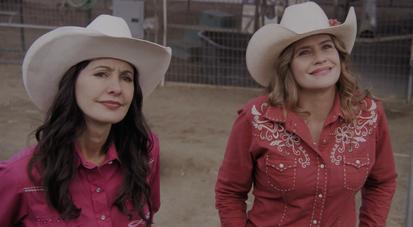 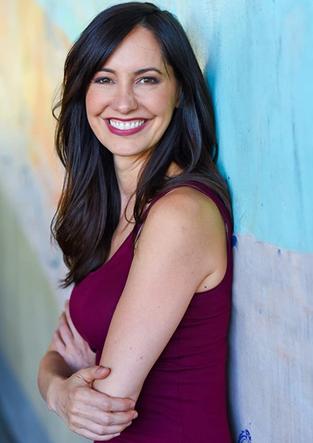 Charlene Amoia with co-star Rocky Myers on the set of her upcoming adventure/drama, Christian-based show, Sons of Thunder: Redemption

It all started over twenty years ago when Charlene Amoia pursued her career as an actress and hasn’t looked back since. Best known for her role as Wendy the Waitress in How I Met Your Mother, Charlene’s other acting credits on popular shows and movies includes Birds of Prey, The Flash, The Conjuring: The Devil Made Me Do It, FOX’s TV series, 9-1-1, Grey’s Anatomy, NCIS, Seven Pounds, American Horror Story, and Matt LeBlanc’s show, Man with a Plan.

BCNF recently spoke with Charlene Amoia in an exclusive interview as she shared with us her most recent role in Sons of Thunder: Redemption, her thoughts on the sudden passing of How I Met Your Mother Star Bob Saget, and also shares with us her secret to being a successful working actress.


Bridget Campos News Features: You’re definitely a working actress, having over 90 plus credits in many TV shows and movies, what was your favorite set working on?


Charlene Amoia: It’s interesting because I’ve worked on so many sets. So, it’s hard to pick one. But there is one that stands out. When we shot American Reunion, it was in Atlanta, and it was a really fun set—lots of joking around. The original cast hadn’t been around in over a decade, so the set had a high school reunion feel to it. So, I had a lot of fun on that set and on most of the sitcom shows that I’ve done.


BCNF: You’re best known for your role as Wendy the Waitress in How I Met You’re Mother, but I heard your character was only supposed to be in one episode, is that true?


Charlene A: Yeah, that’s true. I auditioned for the show but for a different part. I didn’t get it, but I was brought back the next week for a different part. And they were both characters that were going to date Ted (played by Josh Radnor) but had bad experiences with him. Then they called me and said I got the role and I asked them ‘which one?’ and they told me Wendy the Waitress, but it wasn’t a character I auditioned for. So, I got the script, I was only supposed to be for that one episode, but the show kept bringing me back.

BCNF: Since Bob Saget did the voice of future Ted Mosby in the year 2030 on How I Met Your Mother, were you shocked to hear about his sudden passing?


Charlene A: Oh, absolutely! It was heartbreaking because most people thought of him as being healthy. He was very beloved in the industry and a generous and kind human being. It was very sad news.


BCNF: When you’re not on the set what do you do during your downtime?


Charlene A: During my downtime I hike a lot, travel when I can. I also do yoga, read, singing lessons and dance classes. And I play with my doggie (Bunny).


BCNF: What’s your secret to being a successful working actress, and what would you give to someone starting off wanting to land roles routinely?


Charlene A: I’ve coached some of my friends in the past. One of my girlfriends came to me, and she’s a good actress, but she wasn’t booking anything. So, I watched what she did like pretending she was at the audition. And I noticed she was preparing as if it was an unfinished product. I helped with getting her performance closer to the performance that is passable for the amount of time you have, looking at the audition more like you’re on the set or performing at a small theater show. It can be hard work because you don’t have that much time to get into character and develop it as deeply as you want to but try to as if you got the part and are on set performing exactly like you envision. Also, stay active in creative spaces such as acting classes and keeping the subconscious well filled with ideas and being out in the world to relate to other people and their circumstances.


BCNF: What can viewers expect from the spinoff of Sons of Thunder: Redemption? And tell us about your character on the show.


Charlene A: It’s a show about the protagonist, who is my character’s lover interest, and he was a man in a motorcycle gang then goes away in prison. Through his time there he has a change of heart and character and when he gets out of prison, he wants to go back into the world and find the people he’s hurt and change the world for the better. In the first episode, he looks to find me because he left me at the alter and broke my heart. So, my character is stuck in anger in the first couple of episodes feeling that he doesn’t deserve any forgiveness. But over the series my character realizes he is a different person and realizes that people can change. It’s a really good series about mistakes and redemption.

BCNF: Was there any particular actor or actress you enjoyed working with on the set of Sons ofThunder: Redemption?


Charlene A: The cast was really nice altogether. Really cohesive group. Kristy Swanson is also on the show, and she was nice and fun to be around as a cast mate.


Charlene A: By censored you mean without violence and stuff like that?

Charlene A: Absolutely. The network is family friendly. They make sure that you don’t have to worry if kids are around to watch the streaming content. It’s all nonviolent. No bad language or explicit scenes. It’s safe movies and TV content.


BCNF:  Any other projects you have coming up?

Charlene A: I completed an independent film that looks like it’s going to be in the Tribeca film festival. So, we will see.


All episodes of ‘Sons of Thunder: Redemption’ is available now on Pure Flix streaming services.

​Check the Trailer of 'Sons of Thunder: Redemption' below: ​