No one would have ever imagined that this street baller’s life would forever change after auditioning for a commercial. The then 18-year-old Luis “TRIKZ” Da Silva Jr showed off his incredible dribbling skills, which landed him an endorsement deal with Nike. Luis became the only non-NBA player and the youngest person to sign such a deal with the successful brand. To this day Luis’ “Freestyle” ad campaign is still the most widely recognized commercial to ever air on television.


Such worldwide exposure opened up doors for Luis landing him on the cover of Time Magazine and Wall Street Journal, as well as, appearing on a few video games including NBA Ballers. But aside from his basketball career taking off, Luis also got into acting. In 2007, he starred in his first film opposite Jodie Foster in, The Brave One. Since then Luis has been on several TV shows and movies such as


In a recent interview with BCNF, Luis talks about his new passion of writing children’s books, also, his experience working alongside superstar martial artist, Jean-Claude Van Damme, and starring in the highly anticipated John Gotti film that will be out the end of this year.


Bridget Campos News Features: Going back to 2001, did you ever imagine that you would get so much attention for being in that popular Nike commercial?


Luis Da Silva Jr: Absolutely not! I don’t think anyone knew how popular that campaign would be until it was released.


BCNF: After all these years, do people still recognize you for your first commercial?


Luis Da Silva Jr: Yes, when I auditioned for Fast Five, the director Justin Lin recognized who I was because he is a huge basketball fan. And when working on the set so did Channing Tatum, Vin Diesel, and many other actors I’ve come across in my career. Almost on a daily basis people remember me for the Nike commercial.


BCNF: Was it ever a goal of yours to hold several Guinness World Records?


Luis Da Silva Jr: As a young child that was a personal goal that I hoped to one day achieve. I think for any basketball player that is a dream to either break or set a new record. I’m very thankful for that opportunity of being a Guinness World Record holder.


BCNF: What do you love more playing basketball or acting?

​Luis Da Silva Jr:  My ultimate goal is to play basketball while acting if that’s possible (laughs), because they both have a special place in my heart. Acting and playing basketball require skills, discipline, and being focused. And both avenues have personally opened up new horizons for me in life.    ​

BCNF: A few years ago you wrote a children’s book, A Boy Named Boo. What inspired you to write a book based on true events?


Luis Da Silva Jr: Writing children’s books have been a passion for me. It’s something I’ve always wanted to do. A Boy Named Boo is loosely based on my life as a kid. I grew up in Elizabeth, New Jersey. As a young boy, I was a little overweight and was bullied by others because of how I looked and it had affected my confidence. But when I started playing basketball it motivated me to get in shape. That in turn helped my self-esteem. That is why I wrote this book. And I actually have another children’s book I wrote that came out late last year. It’s called Zoe and Toby and the Alphabet Adventures.


I was inspired to write my latest book because of my daughter Zoe, she’s two-years-old. It’s an engaging children’s book about the alphabets and colors. Since I was teaching my daughter these things I thought that I should share this moment with others. So I put it down on paper. I hope to continue to write more children’s books in the near future. It’s been very therapeutic for me.


Luis Da Silva Jr: Growing up I wanted to learn Aikido because of being inspired by Steven Seagal. He is a master of Aikido. It’s a defensive martial art. But then I got into basketball and that consumed most of my time. But I have recently considered getting back into the martial art, because I still have a passion for it.


BCNF: A recent film that you star in is a reboot of Kickboxer. What was it like being in a film with an all-star cast of mix martial artists like Dave Bautista, Gina Carano, and Jean-Claude Van Damme?


Luis Da Silva Jr: I must say working with Jean-Claude Van Damme in this film was wonderful. The last time I worked with him was in 2012 for the movie, Dragon Eyes, with Cung Le. To watch him as an artist and actor is such a great honor. The man is in tip-top shape. And Gina is a vibrant individual and beautiful inside and out. Dave is remarkable too. To see the work and hard effort they put into capturing those moments of fighting and showing off their martial art moves is impressive.


BCNF: Tell us about your character, Dr. Carmine, for the upcoming John Gotti movie that is starring John Travolta.


Luis Da Silva Jr: Yes, the movie is directed by Kevin Connolly (from Entourage) and John Travolta plays John Gotti and Kelly Preston plays his wife at the time, Victoria Gotti. In fact, John Travolta’s daughter is going to be in the film as well. And I play the late mobster’s doctor when he was going through cancer treatments. To play such a character was a stellar transition, because I get to show my range as an actor.

For the latest news on Luis’ upcoming films or basketball related events go to his website at: http://luistrikz.com/ 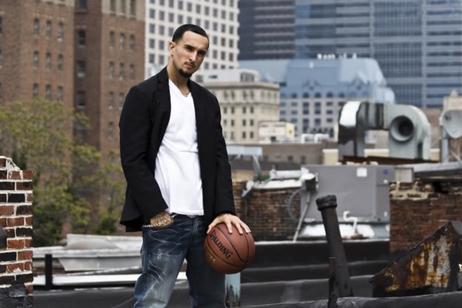