After the huge success of the popular kid-friendly film, The NeverEnding Story, former child star, Tami Stronach made the decision to walk away from a possibly big movie career after her parents were concerned that their young daughter might be another tragic, Hollywood tale many suddenly famous child actors have to deal with. This left many fans to wonder if they would ever see their favorite character, Childlike Empress, on the big screen again.

Though Tami has been away from the spotlight for quite some time (since the age of 12), she has no regret where her journey in life has taken her. Tami has had a love for dancing and traveled around the world as a member of an Israeli dance group called the Neta Dance Company, and eventually planted her feet in New York by focusing more on dance chorography and theater work. It wasn’t until years later, with the help of her husband and fellow actor, Greg Steinbruner, Tami created her own entertainment business, The Paper Canoe Company, that’s geared towards children of all ages. But Childlike Empress’ first love of acting never died; which is why last year she return to the big screen in the unfiltered, indie-comedy, Ultra Low, starring Lauren Holly and a few other familiar faces in Hollywood that basically play themselves as struggle actors/filmmakers trying to break down doors in a tough industry. BCNF got the chance to speak with Tami about why she’s wants to return to acting and, also, her take on who should be in a remake of The NeverEnding Story.

Bridget Campos News Features: I have to ask you about The NeverEnding Story. Did you ever imagine your first movie role would be in one of the most memorable films in 80s pop culture?

Tami Stronach: No, of course not! I don’t think anyone could have imagined that (Laughs). It’s quite a surprise that it is still kicking around. So that is great.

BCNF: Did you ever want to pursue an acting career after the film’s success or did you have more of a passion for dancing?

Tami Stronach: Well, I think at that time when I was deciding about which direction to pursue. I really wanted to do dance. It’s a physical artform and it really requires youth, flexibility, strength, and stamina. But I was acting simultaneously while I was learning my dance career in a theater company where I did a lot of plays, so I never actually gave up acting.

Now that my dancing career is slowing down and my body is reaching the end of it’s road as a dancer. I’m really interested in coming back to doing acting and exploring my first love, which was acting after a long and exciting dance career. In fact, the number one question fans ask me is, ‘When am I going to make another film?’ So, I thought to myself maybe it’s time to comeback. I’m grateful for the push by fans. It’s very sweet and encouraging.

BCNF: What’s your favorite scene in The NeverEnding Story?

Tami Stronach: My favorite scene is when Atreyu visits the scientist couple: Engywook and Urgl. I really have a soft spot for them. I think they are hilarious and adorable.

BCNF: Has your daughter ever seen The NeverEnding Story?

Tami Stronach: She’s going to watch it when she is eight and that’s coming up soon. But she has not seen it yet.

BCNF: Is it a shame that due to legal reasons of owning the rights to The NeverEnding Story that a remake will more than likely not happen?

Tami Stronach: Yeah, it is too bad. I know everyone has been asking for a remake and they really have been wanting that. But I don’t think it is going to happen due to the circumstances.

BCNF: Most recently you were in a movie called Ultra Low. Is the role of your character Tami more about you or someone different?

Tami Stronach: I became interested into getting back into acting, so I had been looking at scripts and Ultra Low came across my desk from Nicholas Gyeney. And the premise of the story is that everyone plays themselves in the film. It’s kind of like a mockumentary about making a film. Yuji Okumoto, who was in Karate Kid Part II, plays a restaurant owner that’s investing money into the film and in real life that is what Yuji did for Ultra Low. So, when they asked me to play myself in this film as a Q & A session I thought this would be a great way to get back into my movie career. So, I decided to go ahead and do it. And it was super fun be on the set. This was a confirmation for me that I would like to get back into acting again.

BCNF: What inspired you to start your business, The Paper Canoe Company?

Tami Stronach: Having my daughter inspired me to create this company. I was reading to her a lot of stories like parents do. It was then I suddenly realized how important the stories we tell our kids really matter in terms of creating a foundation of good qualities to pass on to them. As a University Professor and teaching artist, I was really interested in family friendly content. It’s been a really fun shift of bringing my creative projects from the past 20 years from the theater stage into making stories for kids of all ages. I’m really enjoying going back to my roots, because I started in family entertainment in The NeverEnding Story.

BCNF: Is it a creative educational outlet for kids in Preschool or Elementary age or does it really matter?

Tami Stronach: We have different projects that are geared for certain ages at The Paper Canoe. But we are also moving from theater to a digital platform since we are based in New York. So, for example, we have a sock puppet show that is for kids ages two to six that we want to make into video segments. And we also have a show for tweens that was based on a steampunk dystopia play, including our latest kid-friendly album, Beanstalk Jack, as well as art projects in our work shops that help kid’s dig deep into their creative side.

BCNF: Now I know I just stated that The NeverEnding Story will never be remade but let’s just say by some miracle it was. Who would you cast in the film?

Tami Stronach: I’ve been asked this question a lot. I think I would cast Eleven (Millie Bobby Brown) from Stranger Things as Childlike Empress. She’s great! And Bastian….I would have to say any of the kids from Stranger Things. They are all pretty awesome. Maybe the kid who was lost in the Upside Down, Will Byers (Noah Schnapp). He has a beautiful yet sensitive face. Now for Atreyu you would need a strong, warrior like kid. I don’t know who is coming to mind. Who do you think could play Atreyu? We’ll do this as a team work (Laughs).

BCNF: Atreyu was such a memorable character. Noah Hathaway fit the role so perfectly as a young warrior. Maybe an unknown child actor would have to play that role.

Tami Stronach: It would be awesome to have a Native American play that role. I don’t think it has to be someone new in the industry, but definitely they have to have a martial arts background, because Atreyu was such a great character.

For more information on The Paper Canoe Company go to their website at: www.papercanoecompany.com 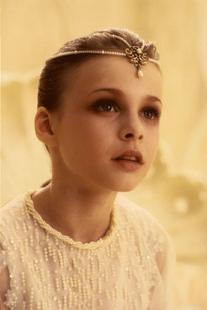 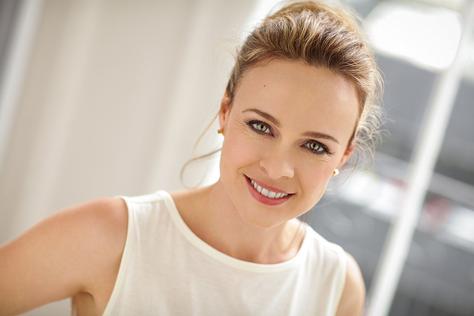 Interview with 'The NeverEnding Story’s

Childlike Empress in the 80s iconic film that captivates children's imagination even to this day about a Luck Dragon (Falkor), a talking rock, wizards, mythical creatures, a young warrior, and a little boy that somehow saves their world 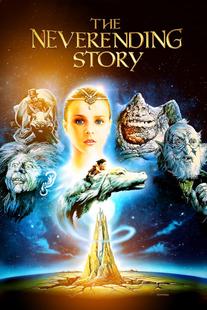