A privileged New Yorker ends up in a women's prison when a past crime catches up with her in this Emmy-winning series from the creator of "Weeds." 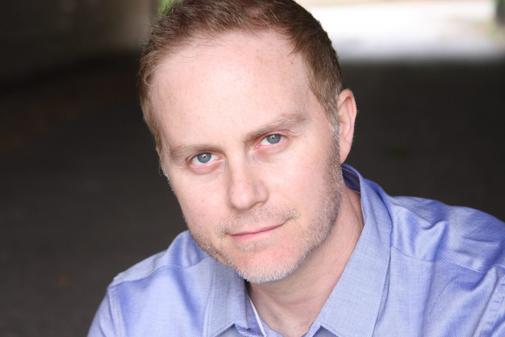 Being bad never looked this good!

This Long Island native had never imagined he would strike gold by getting a recurring role in the multi-Emmy winning show, Orange is the New Black, last year. But Jason Altman has stayed humble though he plays a character that is the complete opposite, Herrmann, an officer lead of the Cert team that tries to control/punish a group of prisoners that incite a riot at the Litchfield minimal security prison. Calling Herrmann just a mean A-hole would be an understatement to say the least. But Jason stays true to his villainous character through and through with other acting credits in Madam Secretary, Luke Cage, Shades of Blue, Person of Interest, and White Collar; it is to no wonder why he was given the Jean Dalrymple Award for most promising new actor by the American Theater of Actors.

BCNF recently chatted with Jason about what it’s like to play a bad guy role and gives us the inside scoop of being on the set of Orange is the New Black.


Bridget Campos News Features: How does it feel to be on such an insanely popular show like Orange is the New Black?


Jason Altman: It feels amazing to be a part of it. I was a fan of the show even before I got the role. So, it’s been a surreal experience for me.


Jason Altman: It’s great. You feel a real sense of comradery and family on the set. Of course, the main cast have been on there for six years now. They are very welcoming. I just love being a part of that warm and welcoming environment.


BCNF: Without giving too much away, you have a recurring role as Officer Herrmann. Can you tell us about it?


Jason Altman: My character was on the season five finale where the prison riot breaks out at the minimal security prison. That’s where my role started as a leader of a search team/ CERT. But my character develops more in season six where we pick up where the last season left off. Herrmann is more of an antagonist to some of the prisoners’ lives and what the consequences are for their actions of rioting.


BCNF: Did you ever imagine you could play a villainous character or do you prefer to play good guy roles?


Jason Altman: To be honest with you, I’m happy to play any role! (laughs) It is fun to play the bad guy. But at the same token it’s hard to accept that I’m playing a role that represents real people and real life, because there are people that are like that. But I try to focus more on having fun playing a villain, which is fun to do.


BCNF: Since the show’s new season recently premiered, what can fans expect?


Jason Altman: More of a concentration of the original central characters. Throughout the years of the show, they added several outside characters that it created so many different story lines and I think now they are focusing more on main characters. What fans can expect is to get hit hard emotionally, because some episodes will be based on what’s going on in America today and other current events in the world. It will be something intense that fans will love.

BCNF: Tell us about yourself. Where were you born and raised and why did you want to be an actor?


Jason Altman: I was born in Long Island in the suburbs of NYC. I grew up as a performer. I’m a middle child, so my siblings and I would put on shows for our relatives and my parents friends. So, I got a thing for performing really early on. Even in school I always had a knack for getting the lead role in school plays. But in high school I got more into sports like basketball and football. It was after high school I was deciding what I wanted to do with my life and something just hit me that I felt that going into acting would be the right thing to do. So, I jumped right into it.


BCNF: Is there any actor or other television show you would love to be casted in?


Jason Altman: Yes, I would love to join the cast of Amazon’s The Marvelous Mrs. Maisel. Such a great show. And I would love to work with great actors like Tom Hanks and Denzel Washington. They are just some real talented actors.


BCNF: Is there any other project we can expect to see you in?


Jason Altman: I have a couple of small projects coming out including some cool features. There is one that will be out next year called, Ode to Joy, directed by Jason Winer and stars Deadpool’s Morena Baccarin and Martin Freeman from The Hobbit.

For now, I’m just hitting the pavement like any other actor here in New York, waiting to see what’s next for me. As far as my role in Orange is the New Black, if you haven’t seen the ending of this season, it seems like I might be back for the next season as well.

Click the I​mage below to watch the new episodes:

Interview with ‘Orange is the New Black’ Co-Star Jason Altman