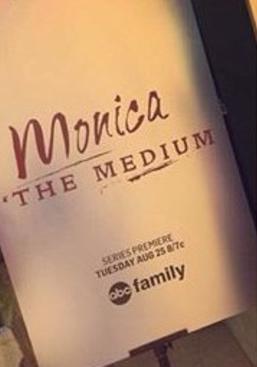 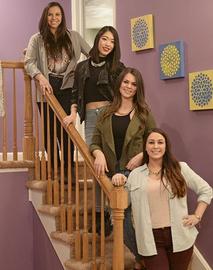 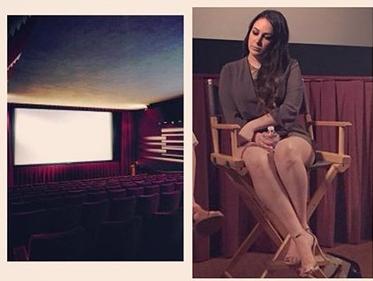 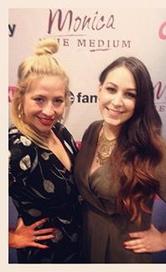 Follow this 21 year-old Penn State junior’s life journey as she struggles with trying to fit in like a typical college student, while, also, sharing her special gift of communicating with the dead

ABC Family’s first-ever unscripted series, Monica the Medium, made its screening debut last week at the Real D Theater in Beverly Hills, CA hosted by the widely popular OK! Magazine. Following the pre-reception, the media and guests got a chance to view the show’s premiere episode where the star of the show, Monica Ten-Kate, is encouraged by her older sisters and closest friends/roommates to get out more by going on a date. Though Monica has a busy schedule with studies and being a medium, she reluctantly agrees to be set-up for a blind date. While preparing for her upcoming date, Monica comes across complete strangers and feels compelled by “spirits” to reach out to them with messages that their dead loved ones want to share. The college student tells specific details, such as how and when their loved ones had passed, that leaves these individuals in complete shock. But disbelief turns into tears of joy as Monica shares with them a comforting message that gives the person closure on a situation that has haunted them for years, even decades, ever since their loved one had passed away.

“For the most part when I’m around other people, that’s when spirits come around. Though I actually don’t see spirits, I do sense them,” said Monica during a Q & A session with the audience following the screening of the episode, “I personally know nothing about the person I’m giving a reading to. That makes it a lot easier to connect to spirits.”

Of course, there was a fair share of skeptics in the crowd wanting to know if Monica ever gave a wrong reading in the past. She assured the audience that there is no doubt in her mind that her clairvoyance gift is real because she has had this ability ever since she was in high school. She stated, “My ability to communicate with those that have crossed over got stronger and stronger. It was something I couldn’t explain to others about why this was happening…I will admit that not everyone that calls themselves a spirit medium is truly gifted. And it’s unfortunate because it gives the ones that are legit a bad reputation. We are then all put in one category as being con artists or frauds…But I will say that sometimes certain readings can be stronger than others depending on how badly the person needs the message in order to heal. The fact that I have done this time and time again leaves no doubt in my mind that what I sense, hear, or feel is real.”

But Monica knows how to gracefully handle spirit medium skeptics, since her own mother, a devout Catholic, felt her daughter was possessed because she could talk to dead people. “My mom once asked me if I was talking to the Devil?” Monica said jokingly, “I will say that the spirits I come across are not evil. However, when you open yourself up to people that have crossed over, you might unintentionally let certain things come through that have a negative energy or are ghosts. But I ask angels to protect me from that.”

When asked by a reporter if it is upsetting when people confuse her for being a psychic instead of a medium, Monica admits that it does bother her a lot. “People assume I have a crystal ball and can predict the future. The truth is I don’t have that information. I am not God. I don’t have all of the answers. I will say there are people that are intuitive about situations, but there is such a thing as freewill where things can change in an instant,” Monica then adds, “Sometimes a spirit can tell me about things that are coming up with a client of mine because things are already set in motion. But this is not predicting their future in any way.”

And finally, when asked about how the show, Monica the Medium, came about, the 21-year-old tells the audience, “I wasn’t looking to be on television. It kind of all just landed on my lap. Within a month, I had 13 different meetings with networks and production companies. But I felt if I was going to get a TV show it had to be with ABC Family. I remember about a year and a half ago, calling my sisters and telling them this and they said to me, ‘But they don’t do reality shows.’ And here we are now.”