Evan Daigle: Interview with the Co-star of the New Series 'Claws' 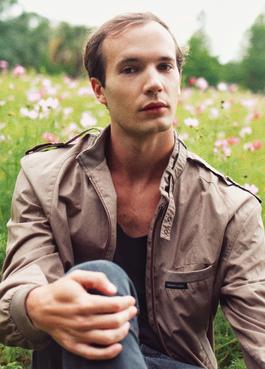 Newcomer to the industry, Evan Daigle, is taking Hollywood by storm with his upcoming debut on an edgy television show that critics are already raving about

To describe the hour-long comedy/drama starring Niecy Nash, Dean Norris, Carrie Preston, Jenn Lyon, Judy Reyes and Karrueche Tran as just being a unique show would be a total understatement. These colorful nail technicians trying to make it in the seedy underworld of organized crime will captivate the audience while making them laugh at the same time.

In a recent interview with BCNF, one of the cast members of the show, Evan Daigle, talks about leaving his final semester at Loyola University in order to star in his first ever television series Claws; as well as what his experience was like working with an all-star female cast.


Bridget Campos News Features: Tell us about the show Claws and the role you play in it.


Evan Daigle: The show's story is more centralized on Niecy's character Desna Simms, who owns a nail salon in South Florida that launders money for the head of the mafia, Uncle Daddy (played by Dean Norris), in order to pay the medical expenses of her mentally challenged twin brother, whom she lives with.


I play Toby, who is Uncle Daddy's boyfriend and works at the strip club that Uncle Daddy owns. I don't want to give too much detail about the role I play, but Toby is shy and reserved. However, he can be very eccentric during his alter persona when stripping at the club.


BCNF: What went through your mind when you heard that you got cast in the show?


Evan Daigle: To be honest with you, Bridget, this has been the most amazing experience. To have such an opportunity so early in my career is unbelievable. I had been to several auditions while attending Loyola University for two years before I got the role for Claws. Prior to getting the part, I was mainly focused on theater work and training in acting as much as I could in order to prepare myself for a possible career in the film industry. Originally my character Toby was only supposed to be in one scene for the pilot. But they ended up casting me for nine out of the ten episodes for the show's first season.


BCNF: Wow! Congratulations on that.

BCNF: I heard that you actually left your final semester in college in order to film Claws. Will you be returning to Loyola University to finish your degree?

Evan Daigle: It really depends on the trajectory of the show as well as my career. After we finish shooting Claws I plan to move permanently to Los Angeles, because I'm starting to get offers for other acting projects. I feel so lucky to be introduced into the industry by being involved in such an out there kind of show. So, for now, college is on the backburner. But I would like to return and finish my schooling someday.


BCNF: What was it like to work with Niecy Nash and Carrie Preston?


Evan Daigle: Niecy is such an amazingly, talented actress that's hilarious. It's funny that you mentioned about Carrie Preston because she is well respected in the industry. But it's a shame that she's incredibly underrated. I really hope that this show brings more stature to her and the rest of the female cast members because they are wonderful.


BCNF: Did you get the chance to meet the Executive Producer of the show, Rashida Jones?

BCNF: Most people get the acting bug when they are kids, but you turned to acting during your second year in college. What made you have such an interest in the arts?


Evan Daigle: It's true I didn't get the acting bug as a kid. I grew up in a rural town in S. Louisiana. There wasn't much opportunity for theater arts, but I did have an interest in painting. So I thought I would get a career in visual arts as a painter. It wasn't until after taking a college course in art design in Laguna Beach, California I realized that that career field wasn't going to be fulfilling for me. But I had friends who's parents had jobs in the entertainment industry, so I felt acting was something I had to try out. So I moved to New Orleans to attend Loyola University for a degree in theater and communications. Being on stage I felt I had purpose in my life and since then I have gone full force with acting.


BCNF: Career wise where do you see yourself in five years?


Evan Daigle: That's a really good question. I hope that Claws is insanely successful and keeps me employed for as long as possible.


BCNF: You are also a big supporter of several causes including the arts in public schools.


Evan Daigle: Yes, I am an advocate for the arts education, especially in public schools for kids of all learning levels. Providing creative outlets can help children improve their grades. It's a broken system that needs to change. More than ever we need to reevaluate the way we educate our children and how the arts play a major role in that.

Watch the first episode of 'Claws' on TNT, June 11th at 9 PM EST/PST