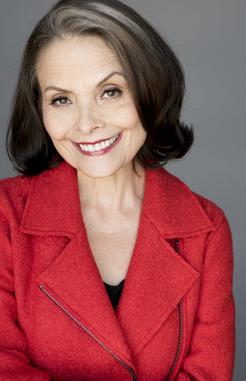 When you hear the name Kathy Griffin, the show 'My Life on the D-List' comes to mind, or better yet her social media attack via Twitter on former U.S. President Donald Trump in 2017. But no, we are not talking about that Kathy Griffin but instead Cathy Griffin, author, celebrity correspondent, Editor-at-Large of Life and Style magazine, renowned investigative journalist, and TV producer of all your favorite shows like 'Extra', 'Hard Copy', 'Current Affairs', 'The Montel Williams Show', and even your favorite A&E hit series 'Biography'

Born and raised in a small town in West Texas, Cathy Griffin’s inquisitive mind about people was sparked at a young age. This led to over a three decade career as a journalist and researcher for 24 biography books on various glamorous people, 17 of them turned out to be bestsellers, one of which includes J. Randy Taraborreilli’s New York Times bestseller Jackie, Janet and Lee: The Secret Lives of Janet Auchincloss & Her Daughters Jacqueline Kennedy Onassis & Lee Radziwill.

In a recent interview with BCNF, Cathy tells us about her first published book, Dirty Sexy Money: The Unauthorized Biography of Kris Jenner, penned with co-author and former editor-in-chief at American Media, Inc., Dylan Howard. Also, Cathy shares with us her experience working with legendary celebrity columnist, Liz Smith, and what inspired her to want to write about the reality star and self-proclaimed “momager” Kris Jenner.


Bridget Campos News Features: How did you and co-author, Dylan Howard, research this Kris Jenner Unauthorized Biography? And what made you want to write about the Kardashian family?


Cathy Griffin: There were interviews done with over 200 people that have been in Kris’ life. For the unauthorized biography we did your typical research on the internet of past articles about her. Though the book is mainly about Kris we of course mention her kids, who are the Kardashians. I was approached by my mentor and good friend, Dylan Howard. He’s a New York Times best-selling author and written 21 books and I’ve researched for him many times for his books. One day Dylan told me, 'You should really write your own book and it should be about the Kardashians.' And I responded by saying, 'Oh, No! I know nothing about them and only watched a few episodes of Keeping Up with

the Kardashians here and there.' But I went ahead because he kindly gave me advice to do so. But I felt Kris Jenner was the story to write about because she fascinates me. I see her as an independent formidable woman, who is a pioneer at her craft and really take risks. She had come up as a little girl from San Diego, raised in a middle-class family. She was a trophy wife turned socialite living in Beverly Hills and married to a high-profile attorney and father to four of her six children, the late Robert Kardashian. In the book, I explain how Kris went from being a trophy-wife with no education to creating this 2-billion-dollar empire with all her kids. It's fascinating to me how she did that. Not so much the money they’ve made from entrepreneurial success because money is not the true indicator of success. But to be able to do something like that as a reality TV star is impressive. In my book, I take a quote from Kris and she always says, 'A lot of people have great ideas, but unless you work hard for them you won’t see them transpire.'


BCNF: Has Kris Jenner read your book? If so, what did she think?


CG: No, but I know how curious she is and that what makes her a good businesswoman. But I think she has read it. I hope she does. There is salaciousness in my book that I couldn’t help to bring that out because scandals in her life she has profited off of and made it her TV character. But I feel Kris’ business side has been greatly marginalized. Kris came from entrepreneurs from both sides of her family. Dylan and I really made the extra effort to locate those who knew her growing up.


BCNF: Are there drawbacks, such as legal ramifications, that concern you when writing an unauthorized biography?


CG: There was no malice in the book. So I wasn’t concerned at all about getting sued for writing this book. Truth is the best defender of all. And you can’t be reckless with information, which I haven’t at all during my investigative research in over 30 years. I’ve worked on doing research on celebrity biography novels. But I will tell you it is difficult for celebrities to read bios about themselves. With the exception of writing their own book because it is a memoir or in other words a viewpoint about themselves. But my unauthorized biography gives a well-grounded perspective and if Kris reads it, she will probably smile to lean things about herself and about her family that she never knew before.

BCNF: How did you get your start as a journalist?


CG: My whole childhood was journalism. My father

owned a little drug store in West Texas. And I wanted to

know just about everyone that walked into that store

including all the employees and their lives. I was very

observant. I would want to know about people and want

to know about their lives. And my father would tell me,

'you ask too many damn questions!' (laughs) But I like

to write about strong women. In my journalism career,

when there wasn’t that many women in TV broadcasting.

something different. Then I went on to work as a

producer for Current Affair and Hard Copy and even

did freelancing for various publications as well as did

celebrity interviews and worked alongside Liz Smith, who

was a pioneer columnist of the 20th century and

probably of the 21st century.

BCNF: What was it like to have worked alongside famed


CG: I’m not ashamed of the term Gossip Columnist because it doesn’t mean it’s not true it just means it's of an intimate nature. But Liz covered politics, lifestyle, philanthropists, and sports. She had moxie but she was so kind and wonderful. She was one of my biggest mentors. An incredible speaker and so down to earth. It was ashamed when she passed away a few years ago. I miss her so much.


BCNF: Who was the most favorite celebrity you enjoyed interviewing?


CG: Oh, that’s a tough one. I would have to say Rod Steward and Kevin Costner. Both we’re very honest and very down to earth. I was never one to be starstruck. So I think they appreciated that. I treated the celebrities I interviewed as everyday people. I remember asking Kevin Costner during an interview with him. I asked, 'who was the first girl you kissed?' I would ask these wacky questions that sometimes no one would ask them before and they loved that.


BCNF: What are your thoughts of people turning to social media for news updates than traditional media outlets? Doesn't that make fact-checking even more crucial than ever?

CG: I do. I think fact-checking is so important. Nothing sticks when it's 24/7 current news cycle whether it’s social media or traditional news media. People don’t have time anymore. There’s no place for me in this current news world anymore, because I take my time and double check and triple check my sources before I write a news piece. Liz Smith had a daily column but I didn’t feel the pressure to submit articles every day. But I did have weekly deadlines. I still haven’t embraced social media. If you don’t believe me look at my Twitter page--it’s sad. (laughs) But I do like Instagram because you can write little stories on it. But social media came in and evolved into a popular media venue. As a private investigator in the past and could find anyone before the internet existed and I was really good at it. But now you could easily look up people through Facebook. Professionally, the internet stripped away my identity as a journalist. So that’s why I now write books and I get to explore a subject and see it through. It’s so much exciting for me to do publishing.


BCNF: Going back to your book, what do you think people will learn about Kris Jenner that they never knew before after reading your book?


CG: People know she’s driven. But I don’t think they realized that Kris Jenner didn’t just walk right into E! Network and ask for a show. Early on, when she was 17 her then boyfriend was a golf pro and he was endorsing golf clubs. So, probably, that is how she got started at a young age about branding and product endorsements. Then years later, she married Robert Kardashian, whom was a friend to O.J. Simpson and they soon afterwards formed a business partnership. So Kris helped the two with their endorsements. So, by the time she met Caitlin Jenner, who was then known as Bruce Jenner. She had already got quite a bit of education in marketing. She knew exactly what to do with him. Bruce back then wasn’t motivated, he was depressed. Though he made good money at speaking engagements he wasn’t doing them as often as he should. So Kris’ branding and product endorsement knowledge went way further back then people think of. Way before the Kardashian reality show took off. In fact, the show was in development way before the infamous sex tape came out. Another thing that people will learn about Kris in the book is how she changed brand celebrities on social media.

BCNF: Now that their show of 20 seasons and 14 years will be over this year. What do you think Kris Jenner has up her sleeve to keep the Kardashian brand going?

huge fan base. But the decision to end the show was mutual for everyone because the girls are getting older and are now moms, so they lost the prankster and banter they once had. But they have a new deal with Hulu and Kris will be able to create what she once had with E! Network. They want to continue their branding and from what I’ve been told there could be a spin off of their show. The new show might be about lifestyles and would feature Kris. And she loves to flip houses and decorate, so it might be like Martha Stewart but with an edgy type of direction.


‘Dirty Sexy Money: The Unauthorized Biography of Kris Jenner’ is available now at all retail stores 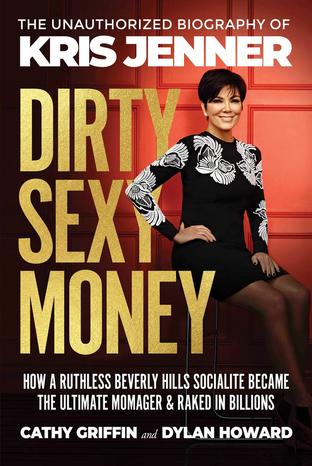