Castille Landon: Interview with the Director and Star of the Fantasy Film 'Albion' 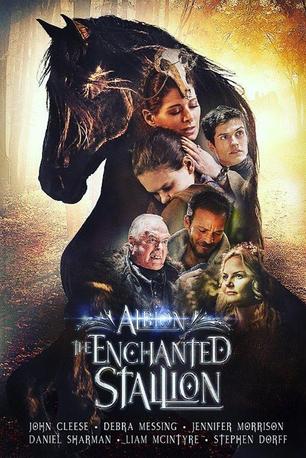 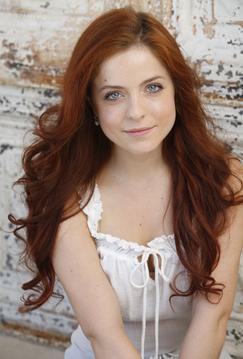 With two directorial films under her belt, it seems like there is nothing stopping this 25-year-old Harvard and Oxford-educated writer and actress

The talented up and comer most certainly has her hands full lately, yet seems unfazed by her busy schedule. Getting her first break as an actress in the TV series Ghost Whisperer, Castille Landon is best known for starring opposite Haley Joel Osment in the 2014 romantic-comedy Sex Ed, but it wasn't soon enough before Landon wanted another career path as a director.


Her first directorial film, Albion: The Enchanted Stallion, was released last year and contains an all-star cast such as Debra Messing (Will and Grace), Oscar-nominated John Cleese (Monty Python) Liam McIntyre (Spartacus) and Jennifer Morrison (Once Upon A Time). The fantasy film is about a thirteen-year-old girl, who is transported by a magical black stallion to the mystical world of Albion, where she discovers that she is the key to saving an entire race of people. So far, Albion has had major audience approval ratings at a few prestigious film festivals, as well as, winning the Grand Jury Award for Best Feature Film at the Equus Film Festival in New York.


But receiving such recognition hasn't gotten to this triple threats head, Landon earlier this year released her second film that she directed and wrote, Apple Of My Eye, starring Oscar-nominated Burt Reynolds and Amy Smart (Just Friends); and also executive produced the indie film, I Believe In Unicorns, which premiered at SXSW and was screened in more than 40 festivals worldwide with multiple wins.


BCNF spoke recently with Landon about her new career path, being a strong supporter of women in film (including gender equality), and how she keeps up with such a busy schedule as an actress, filmmaker, writer, producer, and college student.


Bridget Campos News Features: What made you want to get into writing and directing?


Castille Landon: I first started out acting and that really lead me towards having an interest in independent and experimental film-making. That's the kind of films I am currently doing at the moment. I think it's really a great way to get involved in writing and directing. And I really enjoy it quite a bit, because I'm working more than when I was just focusing on acting. It's really become my passion.


BCNF: I heard it is a challenge in itself to direct and star in a feature-length film. Did you find that to be true?


Castille Landon: Yes, for my first film I was maybe a bit too ambitious for my own good. It was a lot of work. My day would start at five in the morning, I would have to go to the gym and workout for an hour and a half. Then go to the set and get hair and makeup done before the rest of the cast members arrived. Then we would start filming around 7:30 or 8 in the morning. It would be really, really long days for me and as well as the crew. So that was difficult. Also, the biggest task was having to give notes to fellow actors while in each scene and then having to watch yourself in each take. That was a challenge because it can be considered rude to coach a fellow actor while you're in a scene with them. But cast members have to trust in you that you are the one navigating correctly as the film's director.

BCNF: How do you find the time for school, acting, writing and directing?


Castille Landon: I'm a very regimental person that loves to multi-task as much as possible. I don't like putting things off. So I usually do my assignments as quick as I get them. And because I've been doing this for so long it feels natural to me at this point.


BCNF: What was the experience like for you to work with such established actors for your first directorial debut for Albion?

Castille Landon: It was incredible! I really didn't think it was possible to get such an array of cast members like John Cleese. At first, I doubted John was going to say yes to this project let alone read the script, but when he did sign on to star in Albion I was stunned. It was such a treat to work with all these professionals. It was so unbelievable for me because I didn't think it would happen. I learned so much from them even though I had reign over the production. And what I learned was the importance of when you're creating anything is to stay involved in real life. It's a temptation for a writer or artist to sit in a dark room and be introverted. I admit as an artist I found myself doing that at times. But learning to venture out and being a part of humanity and learning things that keep you integrated is beneficial. It's important to remember that you're creating art about people for people.


BCNF: What's your style of genre writing you feel most comfortable with?


Castille Landon: I have mostly been involved in family films, so far. But I actually prefer darker material. I like to focus more on young adult stories that reflect on real issues like the mental health of young women. That's the type of stories I feel more drawn towards.


BCNF: You look very young for your age. Was it ever difficult to be taken seriously on your own set?


Castille Landon: That was a concern of mine. So I have a tendency of putting on an expression of sternness. But I'm having to actually work through that because it is not really necessary in order to prove that you know what you are doing. So in my second film, I was much more conscious of that. Bringing in more positive energy during filmmaking worked way better than being overly serious. By showing your enthusiasm on the set it really brings out a youthful vigor that's both motivating and beneficial to the cast and crew.


BCNF: Is there any actor you would love to direct in a movie?


Castille Landon: There are so many actors I would love to work with, like Jessica Chastain and Halle Berry. These women have an inner strength, but also an admirable vulnerability. That's why I would love to collaborate with them.


BCNF: Do you think being a female director in Hollywood is difficult when it comes to getting offered to direct big budget films?


Castille Landon: Yes, I think it is. I'm not saying that I believe there is some conspiracy against female directors. But I think it is a huge issue. Maybe studio executives want to work with male directors that have a track record for successful box office films. So they go with what they know. But in all honesty, these executives are not thinking outside the box. So that is why a lot of female directors are getting passed up. I am part of a group that has over 600 female directors. So it's not that they are not out there to take on these big budget films. It's just that they are not being called in and given the opportunity and I don't know why that is. But that does need to change.


BCNF: In your second directorial film, Apple of My Eye, what was it like to work with Amy Smart and Burt Reynolds?


Castille Landon: With Amy, it seemed like fate to work with her on this project, because I kept running into her-- first at the airport than a few months later at a cafe near my home. Something was telling me she needed to be involved in this movie. So working with her was great. She's not only an amazing actress but an incredible person. And with Burt, I had never met him before, and like with John Cleese, I didn't think Burt would sign on to be in the film, but he did. He's such a huge supporter of films shot in Florida. And I even got the chance to introduce him to my grandpa. So that was a proud moment for me.


BCNF: A recent study revealed that there are 24 male directors for every female director in Hollywood. What would you say to young women out there that want to make it as female directors in an industry that's clearly a man's world?


Castille Landon: I think that is going to be changing, at least, I'm hoping that it does. The best advice that I could give to young women that want to be female directors is to own your craft. When you put your best foot forward it can bring some opportunities to you, but you better be ready for them when they do come.


'Albion: The Enchanted Stallion' will be available on Blu-Ray and DVD in major retail stores May 2nd.