As the night goes on, M.J. thanks his guests for attending and being so supportive through his journey in life.

(from left to right) Christina Moore from That 70's Show, Gone Girl''s Missi Pyle, Glee's Bill A. Jones and his wife Karin Jones hanging out at star-studded event

A portion of the funds from M.J.'s book launch was donated to The Trevor Project, including all of his author royalties from books purchased that night of the event (Aug 16th).

Best known as the "Scream Queen" of horror films, Brooke Lewis, shows off her personal copy of "Life Lessons From a Total Failure"

(from left to right) Actress Renee Olstead, The Bold and The Beautiful's Landry Allbright, and Rosewood''s Scout Compton, pose for the cameras at book launch party at The Sandbox in Los Angeles, CA

How a ‘total failure’ makes his mark as an Amazon best-selling author!

When motivational speaker and actor, M.J. Dougherty, decided to write a commentary book on his life experiences, both the highs and lows, he never imagined it would garnish as much attention as it has so far.

“I worked really hard on writing this book,” said Dougherty to reporters at his book launch party at The Sandbox in Los Angeles, CA (Aug. 16th), “but I wasn’t sure how well it would do. I thought that if I put this book out maybe only my friends and family will like it. But when I saw on Amazon it had debuted #1 in three category genres, I was stunned.”

Up and coming pop star, Tara Macri, who is currently promoting her summer single, “This Crush”, bragged about already being halfway through the book. “M.J. gives a funny but honest perspective on his life journey. I can’t wait to read the rest of it,” Macri stated.

“It’s nice to see people showing up and supporting my book even though I know they don’t know who I am,” Dougherty said jokingly, “But hopefully they like the book at least.”

Though M.J.’s road to self-discovery is both inspiring and heartfelt, it also supports a cause. As a proud gay man, M.J. is giving back to the LGBT community by donating a portion of the funds from his book launch to The Trevor Project, including all of his author royalties from books purchased that night.

Star of Glee, Bill A. Jones, stated, “The Trevor Project is a great organization. They are very specific in helping at risk youths and in suicide prevention for those that are LGBT. The author [M.J.] is helping to do his part as well.”

When asked if M.J. would have a follow up book after the success of his first one, he said, “I think that the further tales of a performed failure maybe in the works, because my life is a comedy of errors, but I wouldn’t change it for the world.”

To purchase a copy of the best-selling book, 'Life Lessons From a Total Failure', go to Amazon.com or at your local Barnes & Noble store.

All photos courtesy of Getty Images 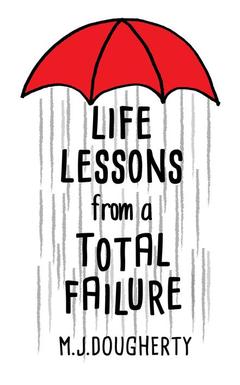