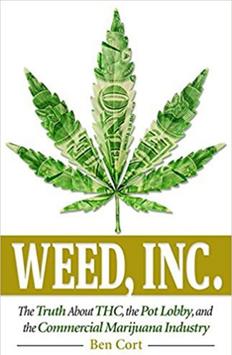 Every person has a polarizing viewpoint when it comes to the benefits or dangers of marijuana use, depending on who you ask. With an increase of even more states in America legalizing both medicinal and recreational use of marijuana each year, people are seriously questioning if this is a good thing or not.

In a recent interview with BCNF, addiction treatment and rehabilitation consultant, Ben Cort, gives readers an inside look about the myths of marijuana use and the commercialization of it in his first book, Weed, Inc. Even if you are not a user of marijuana you will find the contents of this book to be informative with an amusing and unbiased viewpoint of where today's weed trend is heading.

Bridget Campos News Features: What made you want to write this book, Weed, Inc.?

Ben Cort: I speak quite a bit on the subject in front of 30 to 40 thousand people every year. And the reaction I got from folks, particularly in my field of addiction treatment, was eye-opening. They had no idea what was really going on out there. I felt like it was pretty important to try to help them get up to speed on 21st-century weed.


BCNF: Since you are a recovering addict, (meaning you used to smoke pot), what is your personal opinion on the recent passing of laws legalizing recreational use of marijuana?


Ben Cort: I think the big problem we are facing with these laws is not necessarily about the casual use of marijuana. It's really about ushering in a new set of corporate interests into our country. I have no problem with weed consumption. As a former drug addict, I don't get to throw stones at all. But it is decriminalization that's a problem. Laws are being written that are basically being set out to establish a massive commercial market for cannabis.


BCNF: In your book, you mention weed today isn't the same kind your parents smoked in the 70s. How so?

Ben Cort: It's actually two ways. First and foremost it's potency. What naturally occurs inside a cannabis up until the early 70s was between two and five percent of THC [tetrahydrocannabinol]. Of course, by THC I am referring to a part of the plant that gets people high. In the 1970s people got a little better at farming and gardening cannabis that it started to increase in volume. But with the weed grown today, it can have 30% of THC and concentrates are above 95% of THC. So in many ways, it's not even the same substance it was decades ago.

Another issue is weed consumption in the form of edibles. Cannabis is being introduced into the human body in every single way a person can imagine. From classic edibles like cookies and brownies to ice cream, coffee, candy bars, granola, suppositories, and so on.


BCNF: Why do you think there has been a global push for medicinal marijuana? Do you think that is a good thing?


Ben Cort: In many ways I really do. The first thing that needs to be done is to separate the medicinal qualities of the plant from the highly potent THC ones. The Cannabidiol (best known as CBD) is the second most common cannabinoid found in marijuana and it contains all the health benefits that are some pretty profound stuff, like anti-convulsiveness and anti-psychoticness in patients. We have to continue to figure out how to turn the plant into medicine. This would be a really good thing. But what I'm not crazy about is people who feel smoking pot will fix absolutely everything health-wise. To me, that is just absurd thinking.


BCNF: You also mention in your book that legalizing marijuana leads to decriminalization that really is commercialization. What did you mean by that?


Ben Cort: Decriminalization is basically removing criminal penalties. We're making it so that it's not a crime for a person to have a joint in their pocket, like we did in Colorado. On the surface that seems great, but in reality, it's building a commercial market. If folks would just look at this with more of a critical eye, they would see it's all about money and corporate interests and not only about removing penalties.


BCNF: Do you think it's a bit of an oxymoron to legalize pot on a state level, but it is still illegal federally?


Ben Cort: Yeah, this is one of the big issues we see here in Colorado and what folks are going to see out in California pretty quickly is that it is an all-cash business and all cash businesses are magnets for trouble. I don't see federal intervention allowing banks to work with these weed dispensaries. This is not really going to change.


The other issue is state borders. We have legalized weed here on a full commercialized scale in Colorado. Whereas the state next to us, like Wyoming, it is highly criminalized. You got a pretty big issue to deal with! So it's going to be interesting to see how legalizing marijuana in certain states rather than others is going to work for the long haul. If it was legalized on a federal level maybe the FDA could get involved when it comes to cannabis in edibles. But I don't see Congress passing laws for this to happen.


BCNF: Do you think it is alarming that parents are turning to weed (of course without the THC) to treat their children that suffer from cancer, autism, or other health issues?

Ben Cort: The CBD in weed is really promising in the medical field because we don't see the negative side effects of it. A lot of times when I hear stories of parents going away from mainstream medical care to just administer care themselves. They need to be careful. Cannabis may be a homeopathic solution, but you still need the input from a doctor, who has years maybe even decades on what the illness actually is. They know more about the human body than we know.


BCNF: Since there has been a push to increase the THC in weed, we have seen an increase in people making 'honey oil', which is very dangerous. Do you believe that legalizing pot is actually going to decrease drug dealers/criminal activity?


Ben Cort: Since legalizing marijuana here in Colorado, we have not seen a decrease in criminal activity. There is still a huge black market for anybody under 21 to purchase weed and to other states where weed is illegal. In fact, it has made it a whole lot easier to deal weed. You can even grow it at home (through the grain market). You are not going to get rid of the black market at all by legalizing it.


You also mentioned about 'honey oil' or extracted hash oil as some know it as. This stuff has no place in the world. The jury is still out on what they are doing to people's brains and bodies. All indications show this is not a good thing.


BCNF: Where do you see weed headed in the near future? As an alternative health benefit or a drawback for our society?


Ben Cort: In a few years down the road we will look back like we did with tobacco and ask ourselves, 'what the hell were we thinking?' 'Why didn't we do more of a diligent job of holding these weed industries accountable without holding their feet to the fire?'


We will continue to find health benefits inside of the cannabis plant and surprise, surprise we'll end up discovering a new medical cure that is not going to be something you smoke and that gets people really high. Recreational weed is heading down the wrong path. Only time will prove that to be the case. 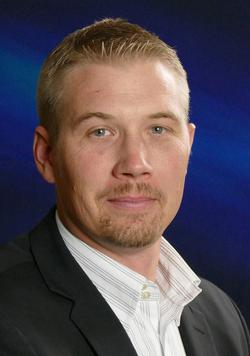 Ben Cort: Interview with the Author of